Saying that the second wave presents a risk to India's growth forecast, Moody's said the Indian economy is still likely to grow in double-digits in 2021. 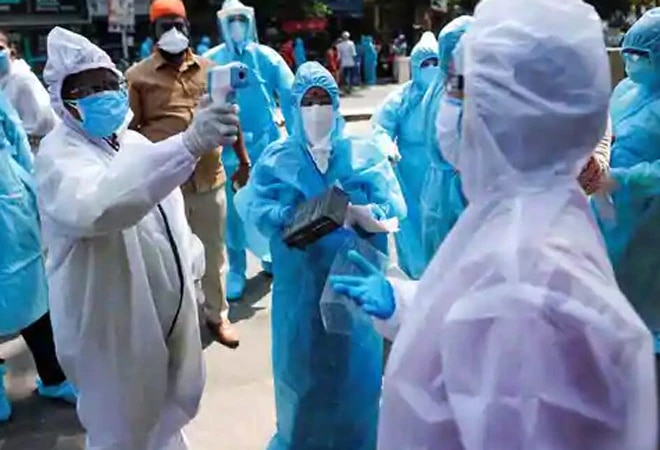 Moody's said the targeted nature of containment measures and rapid progress on vaccinating the population will mitigate the credit-negative impact.

The second wave of coronavirus infections and the measures to contain it can weaken the economic recovery in India, credit rating agency Moody's said on Tuesday.

Saying that the second wave presents a risk to India's growth forecast, Moody's said the Indian economy is still likely to grow in double-digits in 2021.

"India's very low coronavirus death count (only about 1,70,179 deaths have been recorded as of April 12) and relatively very young population also help mitigate risks. GDP is still likely to grow in double digits in 2021 given the low level of activity in 2020," Moody's Investors Service said.

Moody's has projected Indian economy to grow 12 per cent in 2021. For fiscal year 2021-22, it had revised higher the growth estimate for India to 13.7 per cent in February.

Hit by the pandemic and the nationwide lockdown imposed in March last year to contain the spread of infections, Indian economy is expected to contract 8 per cent in 2020-21.

While the measures to combat the second wave of infections risk weakening the economic recovery, Moody's said the targeted nature of containment measures and rapid progress on vaccinating the population will mitigate the credit-negative impact.

However, the second wave of infections presents a risk to the rating agency's growth forecast as the reimposition of virus management measures will curb economic activity and could dampen market and consumer sentiment, it said. Citing Google mobility data, it pointed out that retail and recreational activity across India dropped by 25 per cent as of April 7 as compared with February 24. This was mirrored in the Reserve Bank of India's March consumer confidence survey which showed a deterioration in perceptions of the economic situation and expectations of decreased spending on non-essential items, it said.

Moody's said vaccination will be a key element in controlling the second wave of COVID-19, but a shortage of vaccines and the country's population of nearly 1.4 billion, which includes many people living in rural, more remote locations, could slow the progress of vaccine rollout.

As of Tuesday morning, India has cumulatively administered over 10.85 crore doses of COVID-19 vaccines. The Centre, on Tuesday, also decided to grant emergency use approval to all COVID-19 vaccines developed and manufactured in foreign countries and which have been granted emergency approval by drug regulators in US, UK, Japan and Europe to increase the availability of vaccines.

COVID-19 pandemic 'a long way from over': WHO chief