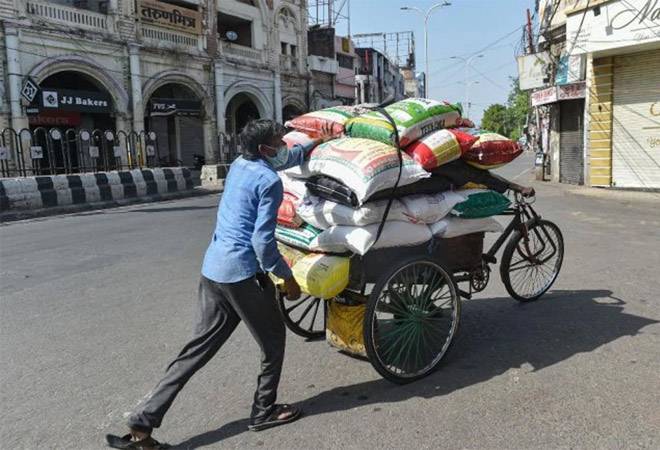 Neoliberalism is a new way of interpreting the classic 'free market' or laissez-fair concept. Its advocates are called neoliberals

In late January this year, Nobel laureate Paul Krugman (2008), a liberal economist, came out with a book titled 'Arguing with Zombies: Economics, Politics, and the Fight for a Better Future'.

In this book he writes about many prevailing 'zombie ideas', the "ideas that should have been killed by contrary evidence, but instead keep shambling along, eating people's brains".

In the first chapter, he identifies some. One is the "insistence that taxing the wealthy is hugely destructive to the economy as a whole" and that cutting taxes on high incomes is a move to produce economic growth (or that tax cut pays for itself) even though such exercises by Presidents Ronald Reagan, George W Bush and Donald Trump led to big deficits.

Another is that "safety-net programmes are harmful and unworkable" and hence, providing universal health coverage is impossible in the US, even though other advanced economies have managed to do so. (One consequence is evident: the US continues to lead in deaths from COVID-19, registering more than 1.19 lakh deaths, 27% of global deaths, as on June 18 morning.)

This idea springs from the desire for a "low-tax, low-benefit state", that is a small state or government. Krugman is talking about neoliberal economics. There are far too many such ideas.

Also Read: Deconstructing Neoliberalism I: What is Crab-walk strategy; is it relevant for India in present times?

Who are neoliberals and what is their goal?

Neoliberalism is a new way of interpreting the classic 'free market' or laissez-fair concept. Its advocates are called neoliberals.

History professor at the Duke University, Nancy MacLean writes in her 2017 book 'Democracy in Chains' that neoliberals are called so because the radical right thinkers from the US and Europe who set up the Mont Pelerin Society (MPS) in 1947 chose to call themselves so to signal that they were "retooling" the classical pro-market ideas of Adam Smith, and John Stuart Mill.

She writes, "Some (members) wanted to call themselves what they were: "radicals" of the right. Others understandably feared that any name with the word "radical" in it might turn off the wealthy men of affairs who would be needed to fund the cause, and so opted for "conservative" as interchangeable with "libertarian"..." Finally, they named the society after the Swiss mountain Mont Pelerin where they met.

"Their concern was how they might, together, shift the tide of history away from what they called "statism" or what we might call a strong role for government", MacLean writes.

Raghuram Rajan, former RBI governor and professor of finance at the University of Chicago, helpfully explains in his 2020 book 'The Third Pillar: How markets and the state leave the community behind' that "Smith and Mill were not rabidly anti-government", that they recognised the role of government.

For example, he writes, Smith was for state providing education and other services and talked of "perfidy of businessmen" if entrusted with their own regulation (deregulated). Without mentioning neoliberalism, he writes how public debate has "focussed on steadily eliminating any restraints on business practice, as well as protection to labour".

The Mont Pelerin Society was led by Austrian polymath Friedrich Hayek (won a Nobel in economics in 1974) and included fellow Austrian economist Ludwig von Mises and US economists Milton Friedman (won a Nobel in 1976) and Frank Knight (both from the Chicago school of economics).

These are some of the better known neoliberal thinkers.

Interestingly, US billionaire Charles Koch joined the society in 1970, MacLean reveals in her book. She provides details of how he pumped money into and spawned think tanks, academic enterprises, legal support teams, and training for corporate as well as judiciary members, etc. to further the cause of corporates.

Her own search for a master plan behind the neoliberal push in the Obama era, like that of many other Americans, began after a 2010 investigative report which revealed that the "Koch brothers" were pumping in more than a hundred million dollars into a "war against Obama".

That report, 'Covert Operations: The billionaire brothers who are waging a war against Obama", was by investigative journalist Jane Mayer and was published in The New Yorker. In her report, Mayer wrote, "The Kochs are longtime libertarians who believe in drastically lower personal and corporate taxes, minimal social services for the needy, and much less oversight of industry - especially environmental regulation."

The Koch brothers, elder Charles and younger David, who died in 2019 and his part of the Koch Industries now headed by wife Julia Koch, are the third richest in America if their net worth are combined. In the Forbes' 2020 list, they are individually placed at 13th position with a net worth of $38.2 billion each.

Nobel laureate Joseph Stiglitz (2001), another liberal economist, defines neoliberalism (or 'market fundamentalism' as he uses alternately or together) as "the ideas that unfettered markets on their own were efficient and stable and that if we just let markets work their wonders and grow the economy, everybody would benefit (called trickle-down economics)."

In his 2019 book 'People, Power and Profits: Progressive capitalism for an age of discontentment', he bursts the myth of free-market (their pivot) being 'impersonal' and governed by natural laws. He writes, "free-market economists like to describe the division of the national income pie (GDP) as the working-out of impersonal market forces - akin to the forces in physics that determine our weight. No one seeks to repeal the law of gravity; and if the scale shows one is too heavy, one doesn't blame gravity, but only one's eating habits."

He adds, "But the laws of economics are different from those of physics: markets are shaped by public policy, and most markets are far from competitive. Public policy shapes, in particular, who has how much market power."

Krugman often writes about the romanticised notion of a 'perfect' market.

After the 2007-08 financial crisis that led to recession, he wrote in his 2009 paper 'How Did Economists Get it So Wrong?  how "...as memories of the Depression (1929) faded, economists fell back in love with the old, idealised vision of an economy in which rational individuals interact in perfect markets, this time gussied up with fancy equations..."

He added, "Unfortunately, this romanticised and sanitised vision of the economy led most economists to ignore all the things that can go wrong. They turned a blind eye to the limitations of human rationality that often lead to bubbles and busts; to the problems of institutions that run amok; to the imperfections of markets - especially financial markets - that can cause the economy's operating system to undergo sudden, unpredictable crashes; and to the dangers created when regulators don't believe in regulation."

Not just Stiglitz, Krugman (the two, arguably, the most feared by neoliberals) or Rajan, but many liberal economists like Prof. Mariana Mazzuca of University College London, too have brought out deep flaws in neoliberal thinking that stretches liberalism to the extreme.

There are many neoliberal ideas that have been called out repeatedly by liberal economists.

For example, Stiglitz "debunked" the idea of 'fiscal austerity' in recessionary phase. In May this year, he wrote a policy paper warning the US that "the true danger is austerity". He explained why: "Decreasing government investment and constraining GDP will lead to an increase in the debt-to-GDP ratio."

He called for higher government spending on education, infrastructure, and technology to boost growth.

In the Indian context, sound economics would demand higher fiscal spending when consumption is down and private investment remains feeble and is the only way to get out of a recessionary trend.

Instead, it is largely relying on liquidity infusion, which has ended up in the RBI's reverse repo account, a phenomenon described as 'liquidity trap' (read: Coronavirus Lockdown XIX: Where is excess liquidity generated by RBI going?).

In May this year, Krugman said in an interview that liquidity trap that plagued advanced economies for years has now travelled to Latin American major economies like Chile and Peru and may soon find Brazil and Colombia in the same situation.

Lowering interest rates to infuse liquidity (supply-side solution) in recession is another neoliberal idea that has repeatedly failed since the 1929 Great Depression (including the 2007-08 Great Recession and many local and regional recessions in between).

It was ultimately the demand-side solution (higher fiscal spending) prescribed by Johan Maynard Keynes, another liberal economist, that worked then and also during the 2007-08 Great Recession. How neoliberals upstaged Keynes in 1970s is another story for another time.

Prof. Mazzucato writes in her 2018 book, "The Value of Everything: Making and Taking in the Global Economy': "After the Great Depression, he (Keynes) claimed that even paying men simply to dig ditches and fill them up again could revive the economy..."

It's not just economic concepts, other neoliberal ideas are causing havoc too.

For instance, altering people's attitudes towards climate change and weakening environment regulation. Stiglitz, in his 2019 book writes how large parts of America have been hoodwinked into "climate skeptics" by "the Koch brothers, oil and coal companies and other vested interests".

Elsewhere he writes, "If the 2008 financial crisis failed to make us realise that unfettered markets don't work, the climate crisis certainly should: neoliberalism will literally bring an end to our civilisation."

Soon after David Koch died in August 2019, The Guardian published an article shedding more light on his role and his elder brother Charles' in undermining the fight against climate change. The Koch Industries run businesses involving petroleum, minerals, chemicals, fertilisers, and many more that pose environmental risks.

The article said, "Not only did Koch help unleash countless metric tons of greenhouse gases from the earth, he was a key funder of climate change denialism, stiff-arming scientists in order to further plunder the earth he was destroying.

"Revelations in Christopher Leonard's new book, Kochland, show that Koch played an even greater role in funding climate change denialism than we previously knew. As we careen towards a climate catastrophe that seems more and more likely to happen within the next 11 years, we can rightly pin a portion of the blame on David and his brother."

"Next 11 years" in this article is a reference to 2030, the date by which carbon emission needs to be reduced to keep global warming at 1.5 degrees celsius above the pre-industrial level.

A 2018 report by a UN panel on climate change warned that unless this is done (by 2030) many of the catastrophic events foreseen at 2 degrees Celsius warming would be unleashed.

Neoliberals and their corporate connections

There is something common to neoliberals.

MacLean reveals in her 2017 book how Buchanan actively collaborated with big corporates for the most part of his working life, especially with Charles Koch, and received generous corporate funding for his academic activities. Besides, his Public Choice theory sought to weaken the state's ability to promote private interests.

Stiglitz reveals in his 2019 book how Friedman provided intellectual defense to corporates in weakening the US's anti-trust laws that had broken up big corporate monopolies and constrained mergers that would lead to new monopolies. Recall Friedman's famous 1970 paper, 'The Social Responsibility of Business is to Increase its Profit'.

British tax expert and author Nicholas Shaxson reveals in his 2018 book, 'The Finance Curse' that Hayek, after leaving the London School of Economics in 1950, never held a permanent appointment that was not paid for by corporate sponsors.

Shaxson writes (in the same book) that the very first meeting of 1947 where the "neoliberal revolution" began with the setting up Mont Pelerin Society "was financed by Switzerland's three largest banks, its two largest insurance companies, the Swiss Central Bank, the Bank of England and City of London interests".