This move has come from the EC after Thakur raised the slogan "Desh ke gaddaro ko, goli maaro saalo ko" several times while addressing a public meeting in Delhi 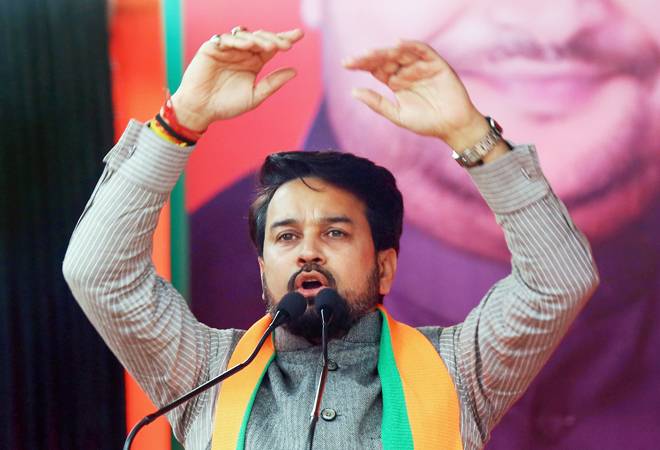 Anurag Thakur penalised by EC for his comments

The Election Commission has ordered BJP to remove Union Minister Anurag Thakur and BJP MP Parvesh Sahib Singh from its list of star campaigners for the Delhi assembly election2020. The EC issued a press statement directing the removal of Thakur and Singh with immediate effect over their controversial comments.

"Election Commission has ordered the removal of Anurag Thakur and Parvesh Sahib Singh from the list of star campaigners of Bhartiya Janata Party for the general elections to the Legislative Assembly of the NCT of Delhi with immediate effect and until further orders," the Election Commission said in the statement.

This move has come from the EC after Thakur raised the slogan "Desh ke gaddaro ko, goli maaro saalo ko" several times while addressing a public meeting in Delhi Rithala. Following the incident, Thakur was given time from January 27 to 12pm January 30 to reply to the notice.

The commission said that Thakur's remarks have the "potential of disturbing communal harmony" and that it violated the election code.

Responding to Thakur's comment All India Majlis-e-Ittehadul Muslimeen (AIMIM) chief Asaduddin Owaisi said, "I challenge you Anurag Thakur, to specify a place in India where you will shoot me and I am ready to come there. Your statements will not create fear in my heart because our mothers and sisters have come out in large numbers on the roads. They have decided to save the country."