"Citizens should always be nudging their governments to act responsibly. Protests are around the world that have come to India and economies are threatened. There is nothing surprising about it," says Thaler 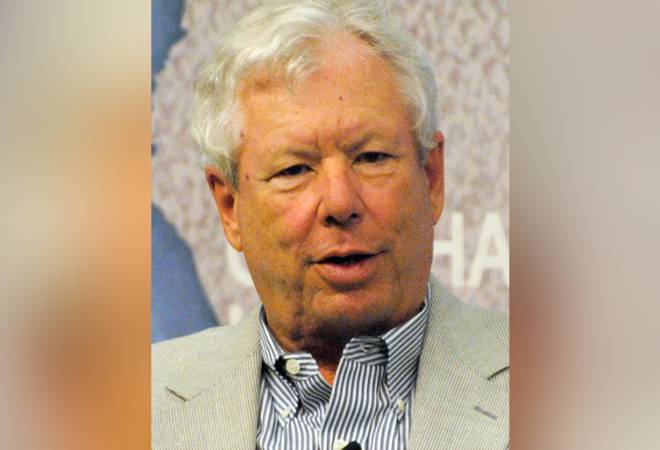 Nobel prize-winning American economist Richard Thaler on Monday said citizens across the globe should nudge governments to act responsibly where economies are threatened. Thaler, whose 'Nudge Thoery' won him the Nobel prize in 2017, said there are protests in every part of the world which have come to India and it shows that democracy is "fragile" right now.

"Citizens should always be nudging their governments to act responsibly. Protests are around the world that have come to India and economies are threatened. There is nothing surprising about it," Thaler said at an event organised by IIM (Calcutta) here.

The Nobel laureate's comment came amid protests across the country over the contentious Citizenship (Amendment) Act and the proposed nationwide NRC. Speaking about the United States, Thaler said there is no volatility in the American economy for a decade.

"It seems that the market in US is in sleep for a decade. Did no one notice it? Not just US, Brexit was madness. Even in France, there are protests", Thaler said. "These events show democracy is fragile right now. As an investor, I am nervous. I do not know what to do about it", he added.

The economist said all these countries need to figure it out, he said. Thaler said nudges are like hints. "They could be rejected or ignored but does influence the choice architects, which are the governments," he said.

Siemens to support Adani coal project in Australia despite protests