Morrison and Trade Minister Simon Birmingham are in Bangkok to discuss the RCEP during the ASEAN summit. 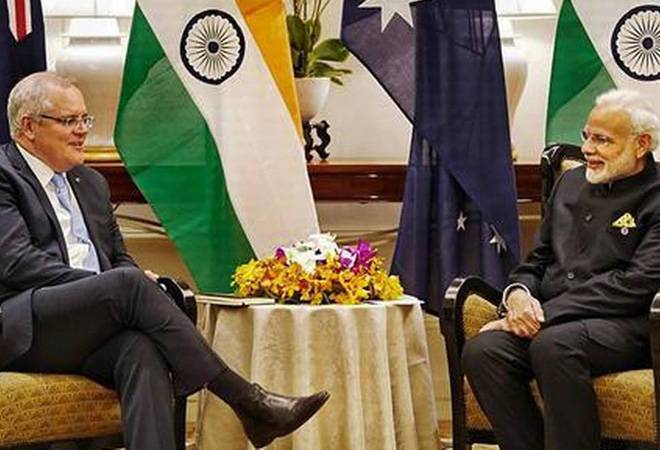 Australian Prime Minister Scott Morrison on Monday said the door will remain "wide open" for India to join the 16-nation Regional Comprehensive Economic Partnership (RCEP) if it decides to do so, as the others were on board in finalising the deal without New Delhi.

Morrison and Trade Minister Simon Birmingham are in Bangkok to discuss the RCEP during the ASEAN summit.

The possible delay in firming up the RCEP during the three-day summit in the Thai capital has been attributed to India's "new demands" on market access, and tariff related issues.

India has been forcefully raising the issue of market access as well as protected lists of goods mainly to shield its domestic market as there have been fears that the country may be flooded with cheap Chinese agricultural and industrial products once it signs the deal.

"The door will always be open to India," Morrison was quoted as saying by the Australian Associated Press (AAP).

He also said that the deal would be bigger and better with India in it.

"It has always been our view, and the view of many who sit around the table, that this is a bigger and better deal with India in it," Morrison said.

"I think patience is the virtue in this," he added.

The report said 15 member nations were closer to declare their pact without India and few details will be resolved early next year.

The deal will then be finalised later next year in Vietnam.

Trade minister Birmingham said, "We have to make sure that progress is realised amongst the 15 nations who are there without India. These make it easier for Australian businesses to do business through the region and that is what allows us to keep growing our exports."

He said the new, multilateral deal will deliver better results.

"There are real gains that Australia can get in terms of our services economy, financial services, areas of education, health sectors. We are very focused on how we can value-add to those existing agreement," Birmingham said.