Farmers' protest: The three-judge bench of CJI SA Bobde and Justices AS Bopanna and V Ramasubramanian pronounced the order. The bench said that the steps taken by the Centre to break the impasse have not yielded desired results 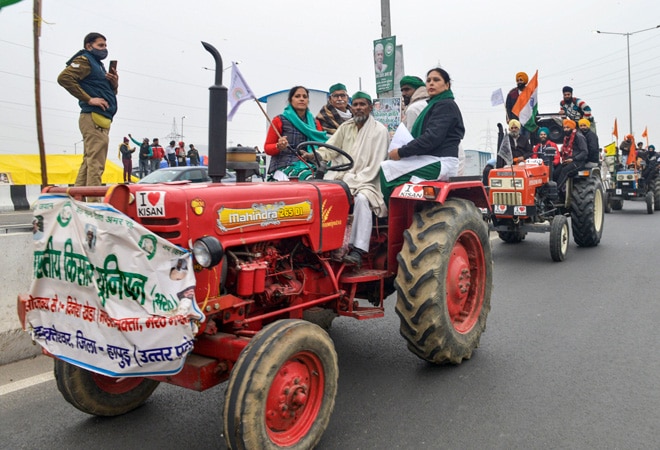 The Supreme Court that is hearing petitions regarding the validity of the three farm laws has stayed the implementation of the farm laws until further orders. The apex court also ordered the formation of a four-member committee to hear both the sides. The members of the committee are Bhupender Singh Mann, BKU, Anil Ghanwant of Shetkari Sanghatana, Ashok Gulati, Agricultural Scientist, Pramod K Joshi of International Food Policy Research Institute.

"We are doing it but we are not catering to everybody's idea of what would be a good committee. It is not for mediation. It is for us," said Chief Justice of India SA Bobde. Advocate AP Singh appearing for BKU suggested the names of Justices Markandeya Katju and Justice Kurien Joseph to lead the committee.

The three-judge bench of CJI SA Bobde and Justices AS Bopanna and V Ramasubramanian pronounced the order. The bench said that the steps taken by the Centre to break the impasse have not yielded desired results.

The petitioners have said that the laws will pave the way for cartelisation and commercialisation of the produce and will "completely ruin" the country as corporates will be able to export their produce with no regulation. The petitioners also said that the laws would dismantle the Agriculture Produce Market Committee system that was set up to ensure fair prices for farm products.

During the hearing on Tuesday Attorney General KK Venugopal told the Court that the Centre has received information Khalistanis have infiltrated the farmers' protests.

This submission was made after the Court inquired from the Attorney General about whether he can confirm an allegation made in one of the applications that a banned organisation was trying to fund the protests.

The Central government has, however, remained steadfast in its stance that the laws are perfectly Constitutional and within the legislative competence of the Parliament.

In its affidavit filed before the top court on Monday, the Central government claimed that the Farm Laws are a result of two decades of deliberation and that "wrong perception created by non-farmer elements" about the laws needs to be cleared.

Also read: 'Put farm laws on hold, or we will do it': SC rebukes Centre over farmers' protest