Sukhoi 30 MKI inducted: The missile is being currently manufactured by Hindustan Aeronautics Limited (HAL). Here's all you need to know about the fighter aircraft 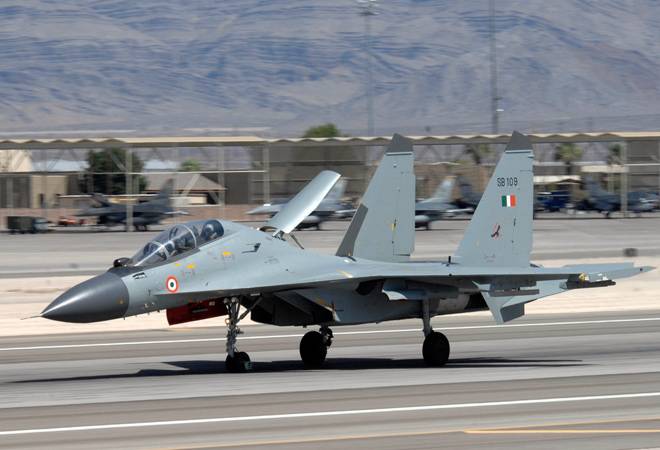 Chief of Defence Staff, General Bipin Rawat, and Air Force Chief RKS Bhadauria on Monday inducted South India's first squadron of Sukhoi-30 MKI jets. The Sukhoi-30 MKI will come with Brahmos missile, which has a range of 250-300 kilometer.  It has the capability to attack from large standoff ranges on any target whether at sea or on land with absolute precision.

The 222 Tiger Sharks Squadron, which will fly these jets, will be based in Thanjavur in Tamil Nadu. The full consignment of 18 fighters will be inducted towards the end of the year.

Hindustan Aeronautics Limited (HAL) has massively modified Sukhoi-30 MKIs to carry missiles, including the Brahmos. The Sukhoi-30 has been named Sukhoi-30 MKI as the Russian fighter has been customised to suit Indian requirements. It is a combat aircraft capable of multiple roles, including ground attack or dog attack and air fight.

The Sukhoi-30 MKI is a powerhouse as it covers a combat radius of approx 1,500 km without mid-air refueling.

The squadron will help India strengthen its guard deep in the Indian Ocean Range (IOR). The latest entrant into the IAF is expected to perform combative as well as defensive roles.  The Tiger Sharks were also the first squad to be equipped with the MiG-27s in the year 1985.