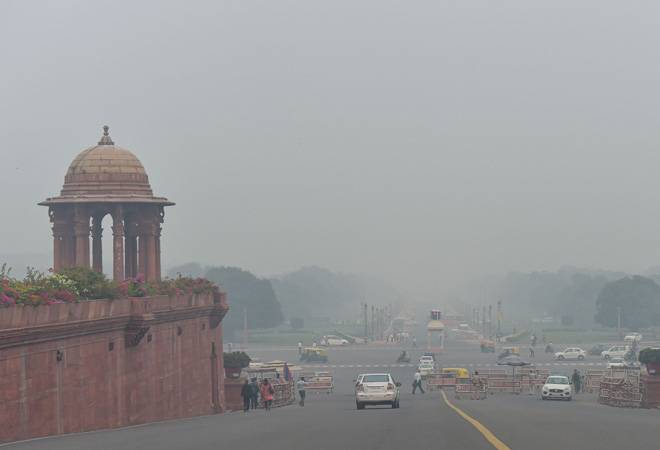 Emissions from power plants are one of the biggest causes of the chronic smog now seen in New Delhi and some other Indian cities.

India's Finance Commission has told the power ministry that its proposal to award utilities $11.6 billion in incentives to install equipment to curb emissions is "unviable," a senior official at the ministry told Reuters on Tuesday.

The ministry submitted its proposal to the Finance Commission, which reviews government spending, in February.

The proposal was intended to help plants comply with new sulphur dioxide emissions standards originally set by the environment ministry in 2015.

The standards mandate installation of pollution cutting equipment. Some plants must comply by the end of this year, while others have up to the end of 2022 to do so.

More than half of India's coal-fired power plant units ordered to retrofit equipment to curb air pollution are already set to miss the deadline, Reuters reported on Friday.

The Finance Commission was likely to reject the power ministry's spending proposal, according to the ministry official, who is not authorised to speak to media and so did not wish to be identified.

A spokeswoman for the Commission said the government body has not finalised its recommendations, but declined to comment further. If the Finance Commission rejects the proposal, the plans are unlikely to be approved by the government.

Emissions from power plants are one of the biggest causes of the chronic smog now seen in New Delhi and some other Indian cities.

The Association of Power Producers (APP), a lobby group for private utilities in India, estimates it will cost private companies roughly $38 billion to retfrofit their plants to cut emissions.

It contends that debt-laden power producers, which are still owed over $11 billion in dues by government-owned distribution companies, cannot afford to invest such vast sums at this time.

India has identified 34 economically stressed power plants with a combined capacity of 40 gigawatt (GW). They are owned by companies including Adani Power, Essar Power, the GMR group, the Lanco Group and Jaiprakash Power Ventures Ltd.

The Ministry of Power wants to extend deadlines for some economically stressed power plants that have been ordered to retrofit equipment to curb air pollution, the official and two other power ministry officials familiar with the matter said.

Among the 34 plants, the debt of 28 plants are in various stages of resolution and some of those plants may be able to meet the emission deadlines, one of the officials said. The ministry wants to grant an extension for the other six plants, the official said, but did not name the plants.

The Supreme Court, which is hearing a petition on air pollution, will make the final call on the issue.

"We will finalise a list of plants which need extension and then submit to the Supreme Court, which will take a call," the official said.