Most of participating members said vehicles, dust, construction and industries, power plants too are responsible for poor air quality and farmers of the neighbouring states of Delhi should not be blamed alone 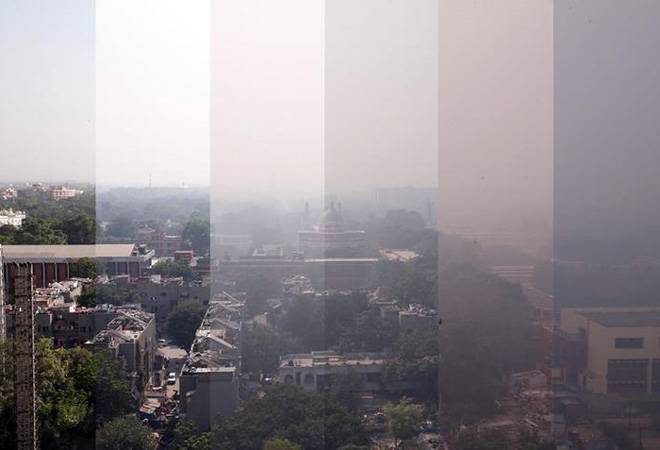 Members cutting across party lines on Tuesday demanded in the Lok Sabha integrated action by the government to deal with air pollution while stressing that it was wrong to blame farmers alone for deteriorating air quality in Delhi.

Most of participating members said vehicles, dust, construction and industries, power plants too are responsible for poor air quality and farmers of the neighbouring states of Delhi should not be blamed alone.

They demanded that the Centre as well as states should take tough measures to deal with the menace as air pollution was not only impacting Delhi but also various other cities of the country.

Small farmers of Punjab, Haryana and Uttar Pradesh should not be vilified for stubble burning as it is not a major cause of pollution in Delhi NCR region, members of the BJP, Congress and Biju Janata Dal claimed.

Participating in a discussion on "Air pollution and climate change", BJP member representing West Delhi Pravesh Verma slammed the AAP government in Delhi for blaming stubble burning for pollution in the National Capital Region and ignoring major pollutants, including vehicles and dust.

Pinaki Misra (BJD) said stubble burning is not a major contributor of pollution in Delhi and the farmers should not be vilified.

He suggested using stubble for biogas and fuel to incentivise farmers against burning it.

Manish Tewari (Cong) too said stubble burning is not a major pollutant in Delhi and adjoining areas, hence small farmers should not alone be blamed for the present situation.

Verma, who blamed Delhi Chief Minister Arvind Kejriwal for failing to curb pollution, was asked by the Chair not to name him.

He alleged that the Delhi chief minister blamed stubble burning for pollution but did little to check vehicular and dust pollution.

He claimed Rs 600 crore was spent by the Delhi government on advertisements but little was done to curb pollution.

He alleged that by blaming villagers for pollution, he was only widening the urban-rural divide.

Initiating the discussion, Tewari demanded constitution of a statutory committee which can look at the air pollution and climate change issues and in every session, adding the House should assess the work of that panel.

He said that it is unfortunate that in Delhi, central and state governments are here, Parliament and important departments are here, "but every year during this time, Delhi's air becomes polluted and people inhale poisonous air".

"Why do people need to knock the doors of the Supreme Court every year over this issue? It is a matter of grave concern," he said.

Citing the example of Beijing, Tewari said, "Some years ago, Beijing had seen high levels of pollution."

If the air in Beijing can become clean, "do we have a lack of willpower or resource constraints? Why can't pollution in the capital and other major cities be reduced," he asked.

This issue should be seen outside the prism of party politics, he said.

He added that stubble burning is not the only reason for increasing air pollution in Delhi.

"Small farmers burn the stubble because of economics... They need to be economically incentivised," Tewari said.

He said that 55 per cent of pollution happens because of vehicles and other components like industry, thermal power plants and municipal solid waste.

Small farmers should not be vilified and "if we say that they are responsible for this, then we are doing injustice with them," he said, adding there is a need to understand the sensitivity of the issue and steps needs to be taken at war footing.

He also demanded to strengthen Air Act 1981 and make it stronger and effective to stop pollution.

BJD's Misra said that stubble burning is not a major contributor to air pollution, though it might have contributed to the overall pollution.

He said that the central government should give money to farmers so that they could think of an alternative to burning stubble.

He said that the situation is so serious that the time has come to "bite the bullet" and take tough measures because sustainable development is the only way out to deal with the current problem.

"Government must deal with it with alacrity...single-minded dedication as blame game will help nobody," Misra said.

T Sumathy (DMK) suggested that union and state governments should take proper steps to deal with the pollution which is a health emergency.

She also said that it would not be fair to blame firework manufacturers or farmers alone for increasing pollution.

In an apparent attack on former Maharashtra chief minister Devendra Fadnavis, Shiv Sena MP Arvind Sawant, who recently resigned from the government wondered why the House discusses pollution when nearly 2700 trees were cut down at Array Colony in Mumbai.

The discussion will continue on Thursday.