The ratings agency, in its latest Global Economic Outlook (GEO), anticipates the level of the country's GDP to remain well below its pre-pandemic forecast trajectory 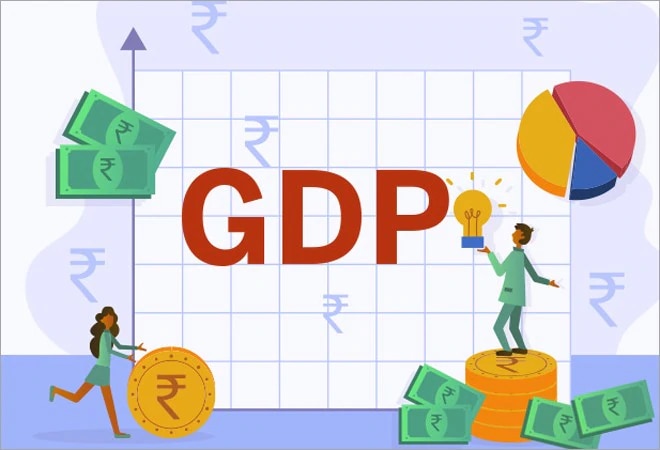 Fitch expects GDP growth to ease to 5.8% in FY23, a downward revision of -0.5pp since December

Fitch has revised India's GDP growth estimate to 12.8% for FY22 from the previous 11% on the back of a stronger carryover effect, a looser fiscal stance, and better virus containment. The ratings agency, in its latest Global Economic Outlook (GEO), anticipates the level of the country's GDP to remain well below its pre-pandemic forecast trajectory. Fitch also expects GDP growth to ease to 5.8% in FY23, a downward revision of -0.5pp since December.

"India's recovery from the depths of the lockdown-induced recession in 2Q20 (calendar year) has been swifter than we expected. GDP surpassed its pre-pandemic level in 4Q20, growing 0.4% YoY, after contracting 7.3% YoY in the previous quarter," the report states.

"High-frequency indicators point to a strong start to 2021. The manufacturing PMI remained elevated in February, while the pickup in mobility and a rise in the services PMI point to further gains in the services sector," it adds.

The report further states that the recent flare up in new virus cases in some states has prompted Fitch to expect milder growth in 2Q21.

The ratings agency notes that it no longer expects the Reserve Bank of India (RBI) to cut its policy rate, owing to a brighter short-term growth outlook and a more limited decline in inflation than it had forecast.

"The RBI will nonetheless keep its policy loose over the forecast horizon to shore up the recovery. The central bank will likely continue to use forward guidance on policy rates and carry out open-market operations to keep a lid on borrowing costs," it adds.

Fitch expects world GDP to grow by 6.1% in 2021, revised up from 5.3% in December last year. The expansion has been projected in the wake of stepped-up fiscal support, economies adapting to social distancing, and coronavirus vaccination rollout gaining traction, Fitch Ratings said, adding that this is an "eye-catching rate of growth and the fastest annual pace since at least 1980."

The ratings agency, however, states that the growth is "heavily flattered by the low base" as it follows a "postwar record decline of 3.4% last year (revised from -3.7% in December)".

"Along with better-than-expected outturns in 4Q20 - particularly in Europe and emerging markets (EM) - we now expect world GDP to be 2.5% higher this year than in 2019," Fitch says in its report.

"The pandemic is not over, but it is starting to look like we have entered the final phase of the economic crisis," says Brian Coulton, Chief Economist, Fitch Ratings.

"The main driver of our global forecast revision is the much larger-than-expected fiscal stimulus package recently passed in the US. The $1.9 trillion price tag represents more than 2.5% of global GDP. Fiscal support had a powerful cushioning impact in 2020," Fitch notes in its report.

The ratings agency adds that further fiscal easing has also been announced in the UK, India, Japan, Germany, and Italy, while the EU's Next Generation EU recovery fund (NGEU) should provide a sizeable boost to eurozone growth in 2022.

China, according to the report, is the only major economy that is starting to normalise macroeconomic policy settings, "where the fiscal deficit is being scaled back and credit growth is slowing as the economic recovery matures."

Fitch further says that unemployment forecasts for major economies have been cut but job market recoveries continue to lag.

"Leisure and transport (L&T) industries are labour-intensive and are still afflicted by social distancing. US employment is still 6.1% below pre-pandemic levels (compared to GDP which is 2.4% lower), while L&T accounts for more than one-third of furloughed workers in the EU," the ratings agency states.

Fitch says that the vaccine rollout has gained momentum, particularly in the UK and the US. Talking about the Eurozone, it adds  that the bloc has had a slow start but the "programme should accelerate in 2Q21."

"It is still reasonable to assume that the health crisis will ease by mid-year, allowing social contact to start to recover. But immunisation delays or problems remain the key downside risk to the forecast," the report notes.