Sachin and Binny Bansal met each other for the first time in 2005 in IIT Delhi. 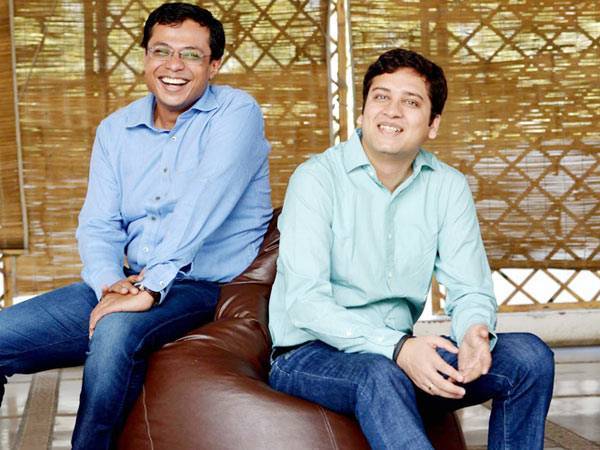 When on a rainy day in late October 2007, VVK Chandra ordered a copy of John Wood's memoir Leaving Microsoft to Change the World, on a practically unknown online retail site, little did he know what he was setting in motion. Flipkart was officially open for business and Sachin and Binny Bansal had just received their first order. All they had to do now was procure that book from an offline retailer and send it packing to Chandra. However, as fate should have it, the book was not easily available anywhere across Bengaluru where Sachin and Binny had set shop in a two-room flat in Koramangala. As the duo set out to procure the book, they must not have imagined that only in ten years from then their one-order old website would become a $20 billion company.

The order reached Chandra a day late and the book was not in its mint condition, but Chandra was nevertheless very happy with the founders who kept him in loop regarding the delivery. Chandra left a glowing testimonial on their site Flipkart that only had two employees at that time - Sachin and Binny.

The duo - who are not related - met each other for the first time two years before that, in 2005, in IIT Delhi. They worked in Amazon briefly before opening their own online retail site for books. In fact, in an interview, Sachin Bansal said that starting Flipkart was the most ridiculous thing he had ever done. But Flipkart's genesis came from the below-par quality offered by its competitors, he had said.

After starting off in October, Flipkart had completed 20 shipments that year. Since their website was still in its nascent stage, the duo would go and stand outside Gangaram Book Stores on Church Street and distribute Flipkart bookmarks to people who came out with newly-bought books in their hands. They just wanted to get their target audience right.

The opened their first office in Bengaluru the following year. Along with that, they started their 24X7 customer service. The following year, in 2009, they hired their first fulltime employee, Ambur Iyyappa. That year was big for the company as Accel Partners invested $1 million in Flipkart. They also opened offices in Delhi and Mumbai and the strength of the company had jumped to 150 employees. They also put out their first book for pre-orders - Dan Brown's The Lost Symbol.

In 2010, Flipkart had started offering cash-on-delivery (COD), spearheading the alternative payments model in the Indian e-commerce ecosystem. They also widened their catalogue to include electronics, mobiles, games, music and movies. The following year, in 2011, they expanded their catalogue further and started offering personal care products, large appliances, laptops, cameras and stationery. Flipkart also expanded to 600 towns and cities across the country. In 2012, Flipkart forayed into fashion and clothing segment and launched their mobile app as well.

In 2013, the company raised $160 million in funding. Although their catalogue had widened, books still remained their stronghold. Flipkart set a record of selling 1,00,000 books in a single day.

The following year was big for the company in more ways than one. To begin with, Flipkart became the first Indian company to register $1.9 billion gross merchandise value or GMV. They acquired fashion e-tailer Myntra and in October that year Flipkart kicked off its flagship sale - Big Billion Day.

In 2016, Flipkart acquired Jabong and UPI-based startup, PhonePe, and strengthened their portfolio and before anyone knew the company had become synonymous with online shopping in the country. At the personal front, Sachin and Binny Bansal were named in TIME magazine's list of 100 most influential people that year.

Last year, eBay became part of Flipkart as the company continued its expansion and raised $1.4 billion from Tencent, Microsoft and eBay as well.

On May 9 2018, Walmart, the world's largest retailer announced its plan to purchase a majority stake in Flipkart. The deal involved the world's biggest company by revenue buying around 77% stake in the Indian e-commerce market leader for $16 billion, valuing the e-tailer close to $20 billion. However, Flipkart co-founder Sachin Bansal is set to sell his entire stake, while Group CEO Binny Bansal along with Chinese investment giant Tencent Holdings, US hedge fund Tiger Global and Microsoft will continue to hold their stake in the new entity.

Walmart takes a big bite out of Flipkart, grabs 77% stake for $16 billion

The Walmart-Flipkart deal could usher a new wave of consumerism