Fresco paintings, shlokas: How will the new parliament building worth Rs 862 crore look? 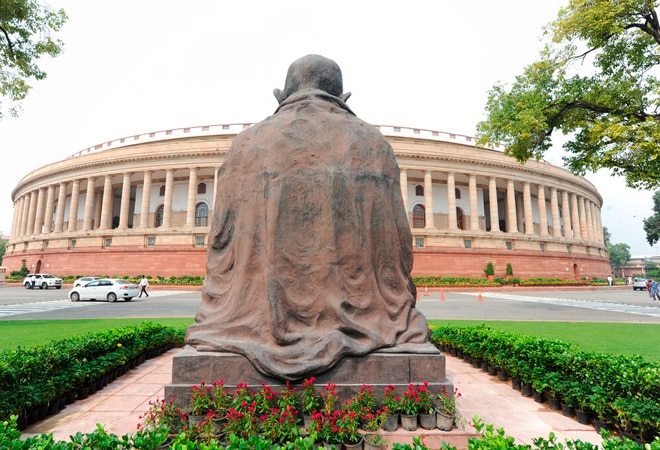 New parliament building to be built by Tata Projects

The parliament building, symbol of India's robust democracy, is all set to undergo a makeover. The Modi government is finalising a blueprint to redesign the Central Vista located in the heart of the national capital.

The complex would have a built-up area of approximately 60,000 metre square. This area is likely to come up on Plot 118 of the Parliament House Estate that houses a reception and some temporary structures.

The triangular complex would have 120 offices with six separate entrances for the public, MPs, and VIPs. The new parliament building will also have larger chambers for the Rajya Sabha and the Lok Sabha. In case of joint sessions, the latter would be able to accommodate 1,350 MPs, as mentioned in the daily. The public gallery would be able to seat more than 336 people.

Replacing the current Transport Bhawan and Shram Shakti Bhawan would be a building to house MP offices.

The ceiling of the new parliament building is likely to have fresco paintings similar to the Rashtrapati Bhawan. Carpets with traditional designs would be installed instead of mono-coloured ones. The interior walls would have shlokas inscribed on them. Like the existing building, Dholpur stone is likely to be used but red sandstone is likely to be replaced by red granite.