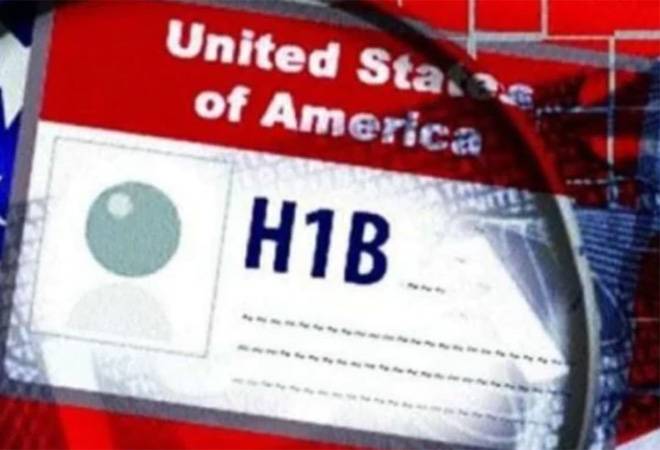 Indian nationals comprise nearly 70% of the 85,000 H1-B visas granted to foreign workers by the US government every year

US President Donald Trump's decision to restrict the entry of H-1B and other temporary visa holders is misguided and harmful to the United States' economy, said the Indian IT industry body Nasscom in a statement.

The suspension will come into effect on June 24 and will expire on December 31, 2020.

Urging the Trump administration to shorten the duration of this suspension to 90 days, Nasscom (National Association of Software and Service Companies), highlighted, "lengthening these burdensome restrictions on U.S. companies that are trying to recover from the economic fallout of the COVID-19 pandemic will only serve to harm our economy."

Trump signed an Executive Order to restrict H-1B, L-1, and other temporary work permits on Monday, a decision likely to affect Indians the most. Indian nationals comprise nearly 70% of the 85,000 H1-B visas granted to foreign workers by the US government every year.

Also Read: H-1B visa restrictions to be announced soon; IT professionals to be worst hit

The move is part of the US government's efforts to curb immigration and help boost local employment in the country.

The order will restrict the entry of foreign workers to the US, particularly from the Information Technology (IT) industry. It will also prevent H-1B visa holders' spouses from entering the country.

Nasscom further added in its statement that the move by the US government will only exacerbate problems for the Indian IT companies.

"Coming on the heels of the problems created by the coronavirus crisis and the USCIS and DOS office closures that have delayed the processing of visas and made it difficult, if not, impossible at times to travel to or from the United States, this new proclamation will prevent our companies and thousands of other organizations from accessing the talent they need from overseas," the industry body emphasised.

With certain exceptions, Indian nationals and others who are granted new H-1B, L-1 visas or other visa types after June 23rd will be barred from entering the US until December 31, until the proclamation expires. However, this will not impact those already in the country on work visas.

Nasscom reiterated several US universities, medical facilities, research institutions, and corporations' requests to President Trump not to take such a decision as it will harm the US economy as it reopens.

"Even though our companies have hired tens of thousands of Americans and invested billions of dollars in recent years, they like others in the sector utilise such highly skilled individuals to service their clients. This new proclamation will impose new challenges and possibly force more work to be performed offshore since the local talent is not available," Nasscom articulated in its statement.

The industry body, along with the American Medical Association, US Chamber of Commerce, National Association of Manufacturers, Compete America, and the Association of American Universities had written to President Trump and his secretaries. They stressed that policies such as these undermine the ability to grow and create jobs, besides adding burdensome new regulatory requirements and costs.

"Virtually every segment of the American economy, including manufacturing, technology, accounting, medicine, among others, employ skilled workers from other countries for the innovation, productivity, and skill they bring to their companies or for their clients," according to Nasscom.

Expressing his disappointment at the order, Sundar Pichai, the Indian born CEO of Google and Alphabet tweeted, "Immigration has contributed immensely to America's economic success, making it a global leader in tech, and also Google the company it is today. Disappointed by today's proclamation - we will continue to stand with immigrants and work to expand opportunity for all."

Immigration has contributed immensely to America’s economic success, making it a global leader in tech, and also Google the company it is today. Disappointed by today’s proclamation - we’ll continue to stand with immigrants and work to expand opportunity for all.

'Decision on board exams to be out on Thursday,' says CBSE to Supreme Court