PM Modi takes BJP to a new height in UP 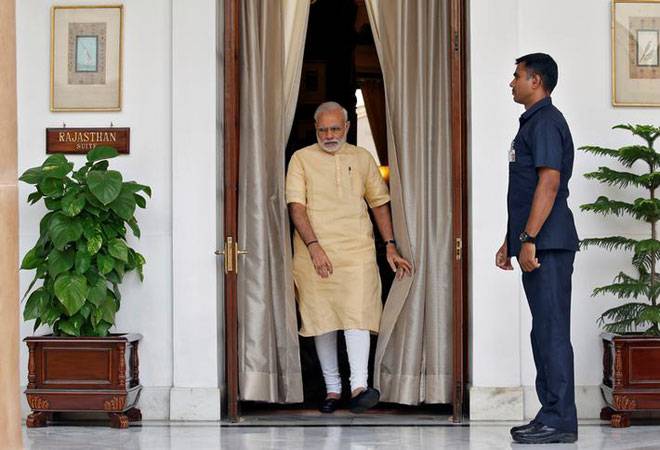 On the line of exit polls prediction, the BJP seems to have decimated the incumbant Samajwadi Party. According to early trends, BJP is leading on more than 150 seats with SP falling behind.

If early trends are anything to go by then the Bharatiya Janata Party has once again emerged as the single largest party. Earlier, India Today had predicted a comfortable majority for the BJP.

ALSO READ: Here's why BJP will win if it wins in UP

This was the first time Assembly elections were held after Prime Minister Narendra Modi's shocking decision to demonetise old Rs 500 and Rs 1,000 notes last year on November 8. Many political analysts were seeing these elections as a referendum on Prime Minister Modi and economic policies undertaken by him.

If this was the referendum on Modi's demonetization move, it's clear that the Prime Minister has cleared the note ban test. At least for now. And not only this, the BJP has also emerged as the single largest political party in the country.

ALSO READ: UP Elections 2017: Don't be surprised if it's Akhilesh Yadav in UP

Earlier in a blog, noted Journalist Swaminathan Aiyar had said that the demonetisation strengthened Modi's charisma. Aiyar referred to Maharashtra and Gujarat's recent municipality's results. In Maharashtra, the BJP captured eight of 10 municipal corporations. In Gujarat, the BJP won 107 of 123 municipalities and panchayats.

"It is first and foremost a political move to capture the political high ground, by taking on the dishonest rich in a blunt way that no professed socialists and communists have done. It has strengthened Modi's charisma, that intangible characteristic that defies easy definition but is enormously powerful, like that of a rock star," Aiyar wrote in The Times of India.

He also said that the politics in Uttar Pradesh is not local. "If a wind is blowing from Maharashra and Gujarat through Punjab and Haryana into Odisha, can UP be immune? No, politics in UP today is not local. There is little support for any local BJP leader. The chant you hear everywhere is "Modi, Modi, Modi."