GSK Plc Chief Strategy Officer David Redfern had made it clear that there is no clause requiring HUL to retain all GSKCONS employees at the time the deal was announced. 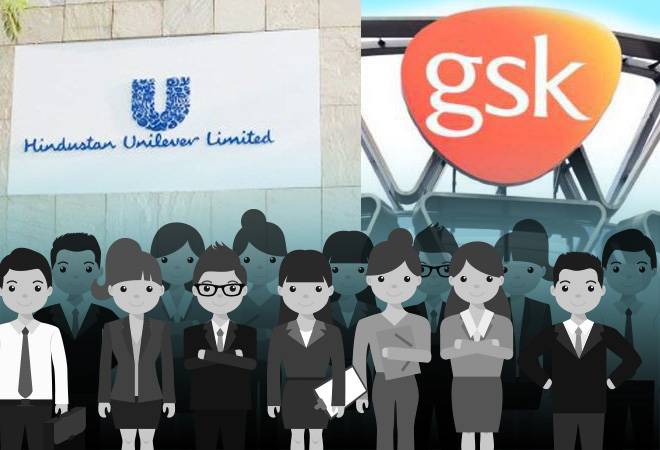 The fate of GSK Consumer Healthcare India's (GSKCONS) 3,800 employees hangs in balance three days after Hindustan Unilever Limited (HUL) acquired it for around $3.8 billion - the biggest deal in the country's consumer sector.

With the transaction expected to be closed by end-2019, GlaxoSmithKline's India business is "working out plans to evaluate the performances of its employees to determine who could move to HUL and who could potentially be given severance packages", an official directly aware of the developments told The Economic Times.

Significantly, GSK Plc Chief Strategy Officer David Redfern had made it clear that there is no clause requiring HUL to retain all GSKCONS employees at the time the deal was announced. "That will depend on HUL 's merger plans. Once the two businesses come together, it will be for HUL to decide," he had explained.

According to GSKCONS' spokesperson, it is business as usual till the deal gets closed, telling the daily that "teams will be formed on both sides to complete the necessary activities between signing and close, and plan the transition, including separation from GSK and integration into HUL". However, the spokesperson did not specifically comment on the topic of employee performance evaluation.

GSKCONS is the market leader in the health food drinks (HFD) category, and this deal will give HUL rights to popular brands such as Horlicks, Maltova and Boost, thereby allowing the FMCG leader to expand its portfolio. In fact, according to HUL Chairman and CEO Sanjiv Mehta, the strategic merger will push up the turnover of its foods and refreshments (F&R) business to over Rs 10,000 crore, making the company one of India's largest F&R businesses. And to better manage this foray, industry experts say that HUL will need to leverage GSKCONS' top HR talent.

"There could be rationalisation in functions such as distribution or perhaps finance where there could be an overlap," K. Sudarshan, managing director of executive search firm EMA Partners, told the daily. "Since malt beverages is a new category for HUL where it doesn't have the expertise, they will look to retain key talent [from GSKCONS]."

However, it is the inevitable overlaps in various support functions, including distribution and marketing, post the strategic merger that has the employees of the snapped-up publicly-listed company worried. After all, HUL, which boasts a huge sales and distribution force, has also entered into a five-year distribution agreement for GSKCONS' over-the-counter products such as Crocin analgesic, Eno antacid, Iodex pain balm and Sensodyne toothpaste, so there is bound to be duplication of workforces. The above products are made in India by GSK Asia, which retains their functions like marketing and R&D.

The good news is that the pink slip season is not likely to kick-off any time soon. "For the first one year, after the approvals, we are going to retain the same terms and conditions for the employees. We are a growing business, in need of talent. Obviously, we will have a choice of looking at a larger pool of talent on both sides," Mehta told the daily. "Thereafter, we will have to really talk through where is the rest of the business and where do you take it forward."

In a similar vein, HUL chief financial officer Srinivas Phatak had said that the management will revisit the issue of staff integration only after the first year.

SBI vs ICICI vs HDFC: Which bank offers the most attractive fixed deposit rates?