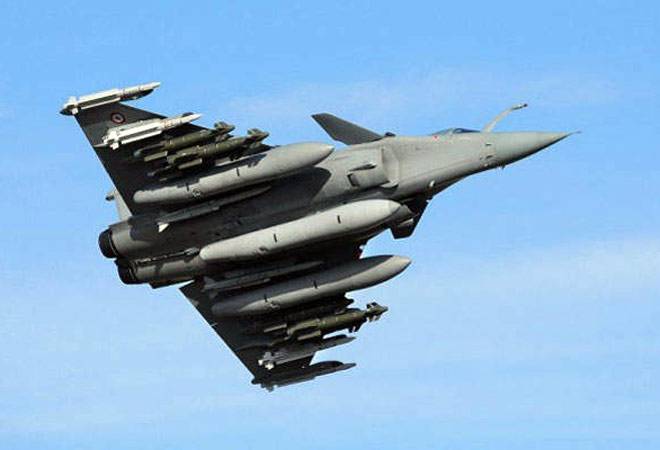 Amid border tension with China, the Indian Air Force (IAF) has decided to further boost its combat capabilities by procuring HAMMER missiles from France to make Rafael fighter jet more lethal. Rafael jets, which are set to arrive from France soon, will be equipped with the HAMMER missiles to take out targets in high-altitude areas in places such as Eastern Ladakh.

"The order for the HAMMER missiles is being processed and the French authorities have agreed to supply them to us at a short notice for our Rafale combat aircraft," news agency ANI quoted government sources as saying.

The order for the HAMMER missiles has been processed under the emergency powers which have been given to the armed forces in wake of the ongoing conflict with the People's Liberation Army in the Eastern Ladakh sector.

Under this order, Indian Air Force will acquire a few hundred missiles with the capability to take out any any bunkers or hardened shelters in any type of terrain at the range of around 60-70 kms

HAMMER (Highly Agile Modular Munition Extended Range) is a new generation medium-range air-to-ground weapon designed and manufactured for the French Air Force and Navy initially. The missile is similar to the Israel origin Spice precision guided bombs which were used by the Indian Air Force during the Balakot airstrikes in February last year.

The IAF has been on a high alert for the last few weeks amid tensions with China following clashes between troops of the two countries in Galwan Valley in which 20 Indian Army personnel were killed. Chinese side also suffered casualties but China did not reveal number of deaths.

IAF is set to get five Rafale from France on July 29, which will land at the Ambala airbase in Haryana. These fighter jets will be equipped with Meteor air-to-air and SCALP long-range standoff missile. India had signed an inter-governmental agreement with France in September 2016 for procurement of 36 Rafale fighter jets at a cost of around Rs 58,000 crore.

Earlier this month, the government approved the proposal for procurement of 21 MiG-29 along with upgradation of existing 59 MiG-29 aircrafts and procurement of 12 Sukhoi Su-30 MKI aircrafts. This happens to be the second lot of 33 combat aircraft to be acquired by the Indian Air Force after the contract was signed for Rafale aircraft in 2016.