In the past one month, several banks have hiked up interest rates for fixed deposits of less than Rs 1 crore, making them an attractive savings option. In the past one month, several banks have hiked up interest rates for fixed deposits of less than Rs 1 crore, making them an attractive savings option. The list includes HDFC Bank, Punjab National Bank, Kotak Mahindra Bank, Canara Bank, Axis Bank and, most recently, ICICI Bank.

The latter yesterday raised retail term deposit interest rates by up to 25 basis points. On the other hand, Axis Bank has hiked up rates on deposits of over Rs 1 crore but under Rs 5 crore, by up to 50 basis points, with effect from November 14.

The volatility in financial market has renewed interest in fixed deposits which offer assured returns. Besides, with elections coming up in several states along with general elections in 2019, cash will be in deficit forcing banks to build up their resources. Bank credit growth has reportedly been improving, too. In other words, banks need funds now and hence more lenders are likely to join the bandwagon in making fixed deposits more attractive.

For now, here's a handy guide for rate comparison among the leading banks:

The above is only an indicative table. All the lenders offer several more tenures for fixed deposits. Here are the detailed rates offered by the above mentioned banks: 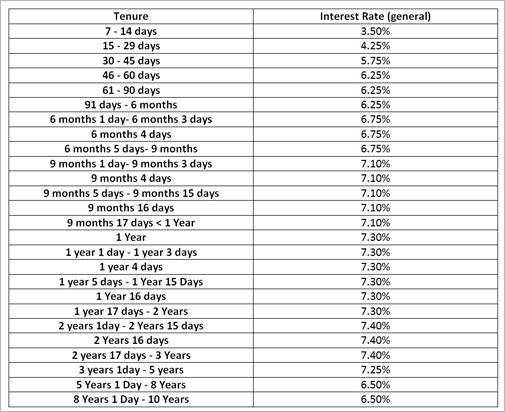 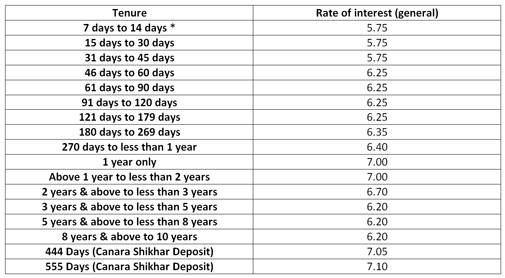 You could also consider investing in bank fixed deposits to save tax. For that you need to put your money in a tax saver fixed deposit, which comes with a lock-in period of at least 5 years. According to Cleartax, by investing in them you can claim a deduction of up to Rs 1. 5 lakh under Section 80C of the Indian Income Tax Act, 1961.

The bad news is that a hike in deposit rates is typically followed by an uptick in lending rates. This is already happening with several banks hiking their marginal cost of funds based lending rate (MCLR) by 0.05%-0.15% in recent times.

These were the most searched keywords, brands in India this festive season