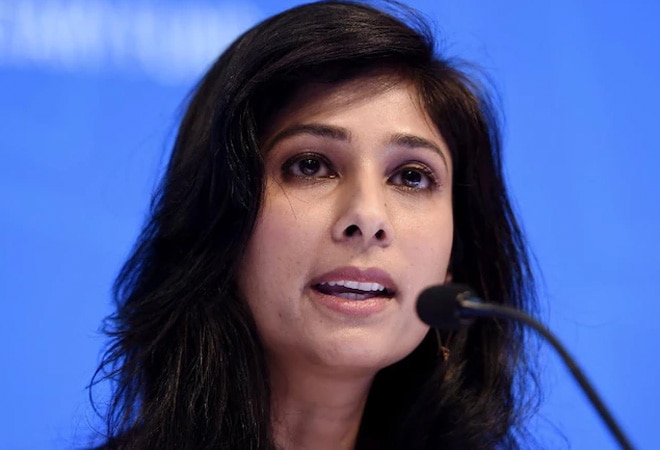 India has been at the vanguard in combatting the COVID-19 pandemic and "really stands out" in terms of its vaccine policy, International Monetary Fund (IMF) Chief Economist Gita Gopinath said on Monday.

Gopinath lauded the country for playing a key role during the crisis by producing and dispatching the coronavirus vaccines to several countries. The IMF chief made the remarks during an interactive session at the inaugural Dr. Hansa Mehta Lecture organised on the occasion of International Women's Day.

"I also want to mention that India really stands out in terms of its vaccine policy. If you look at where exactly is one manufacturing hub for vaccines in the world - that will be India," Gopinath said. She also praised the Serum Institute of India (SII) for manufacturing the most number of vaccines in the world in a regular year, adding that the pharma giant has been producing the coronavirus vaccine doses that are delivered to COVAX and then distributed to countries around the world.

"India has been at the forefront in fighting this pandemic," she said, noting that India has been providing vaccines through grants to several of its neighbouring countries, including Bangladesh, Nepal and Myanmar, and through commercial arrangements as well. The country has played a very important role in helping the world in the global health crisis through its vaccination policies, she said.

Gopinath was responding to a question on India, which is a vaccine hub of the world, and the role the country can play in contributing to global economic recovery. Gopinath pointed out that India makes up about 7 per cent of world GDP based on purchasing power parity terms. "So, when you're that large, what happens in India has implications for many other countries in the world, especially countries in the region," she said.

Noting that India was "hit very hard" by this pandemic, Gopinath said the country, which typically grows at over 6 per cent, recorded a growth of negative 8 per cent in 2020. "So, it was a very hard hit, but you do see the recovery coming back as the country has reopened, activities returning," she said.

The International Monetary Fund (IMF) has projected an impressive 11.5 per cent growth rate for India in 2021, making the country the only major economy in the world to register double-digit growth this year amidst the coronavirus pandemic.

"Now because of its size, when you have India growing, it increases demand for goods from other parts of the world and that's a big positive," she said.

Gopinath gave the keynote address at the Inaugural Dr. Hansa Mehta Lecture. The lecture, named in memory of the pioneering Indian reformer and educator, was organised virtually by India's Permanent Mission to the UN and the United Nations Academic Impact.

Illegal Indian immigrants in US hold $15.5 billion in spending power