All-party meeting: Defence Minister Rajnath Singh dialled the Presidents and leaders of all political parties to brief them about the intent of the all-party meet called by PM Modi 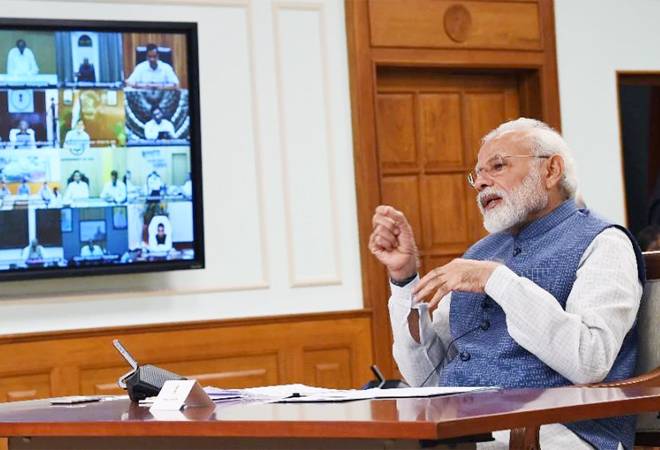 Prime Minister Narendra Modi has called for an all-party meeting on Friday to discuss the India-China border issue. Around 15 political parties will join the meeting. On Thursday evening, Defence Minister Rajnath Singh dialled the Presidents and leaders of all political parties to brief them about the intent of the all-party meet. The meeting comes in the wake of the India-China border clash that claimed the lives of 20 jawans and injured many.

Here's the list of all the party chiefs who would attend the meeting:

This would be PM Modi's first all-party meeting since the India-China standoff. This meeting comes after the Centre and Congress engaged in a war of words. Congress leader Rahul Gandhi asked why Indian soldier were sent unarmed to martyrdom. "If it was so painful: 1. Why insult Indian Army by not naming China in your tweet? 2. Why take 2 days to condole? 3. Why address rallies as soldiers were being martyred? 4. Why hide and get the Army blamed by the crony media? 5. Why make paid-media blame Army instead of GOI?" tweeted Gandhi in response to Rajnath Singh's tweet condoling the death of the jawans.

External Minister S Jaishankar responded to Gandhi and said, "Let us get the facts straight. All troops on border duty always carry arms, especially when leaving post. Those at Galwan on 15 June did so. Long-standing practice (as per 1996 & 2005 agreements) not to use firearms during faceoffs."

Prime Minister Narendra Modi had also said just ahead of his meeting with CMs from various states that the sacrifice of the soldiers will not go in vain. "India is culturally a peace-loving country. We have always worked closely with our neighbours in a cooperative and friendly manner. We never provoke anyone. Whenever the time has come, we have demonstrated our power, proving our capabilities in protecting the integrity and sovereignty of the country."

Also read: Rs 800 crore silk imports from China can be stopped if local production ramped up