Oil demand fell 11.3% to 15.11 million tonnes compared to the previous month and was down 1.5% from a year earlier, data from the Petroleum Planning and Analysis Cell (PPAC) of the Oil Ministry showed 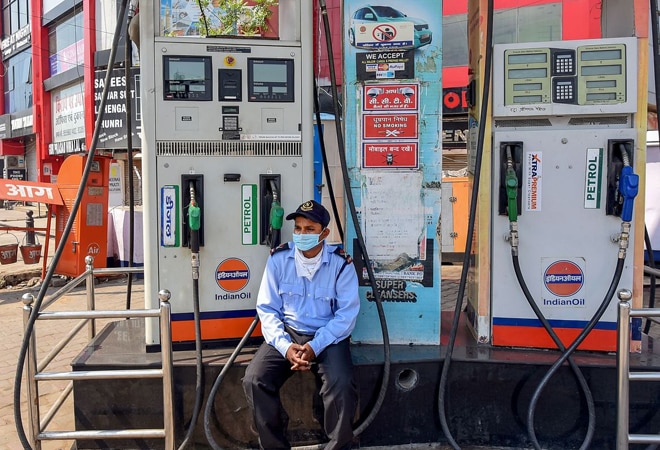 India's fuel demand slumped in May to its lowest since August last year with a second COVID-19 wave stalling mobility and muting economic activity in the world's third largest oil consumer. Oil demand fell 11.3% to 15.11 million tonnes compared to the previous month and was down 1.5% from a year earlier, data from the Petroleum Planning and Analysis Cell (PPAC) of the Oil Ministry showed on Wednesday.

"It's primarily because of the lockdowns, but it's very difficult to isolate the impact on demand as even high oil prices could sort of pinch a little bit in terms of demand recovering more slowly," said Prashant Vashist, Vice President and Co-Group head at ICRA. Indian state refiners' daily gasoline and gasoil sales declined by about a fifth in May from a month earlier due to the pandemic, but higher fuel prices have also sapped consumption.

The country's total coronavirus infections crossed 27 million and hit record daily levels last month, putting the government "on a war footing" to contain the spread. However, as cases decline, parts of the country are expected to ease movement restrictions, which could boost demand.

"Everybody is expecting the recovery will be faster this time... so in another quarter or so probably we should be somewhere close to pre-pandemic levels," Vashist added. Diesel consumption, a key parameter linked to economic growth and which accounts for about 40% of overall refined fuel sales in India, rose 0.7% year-on-year, but dipped 17% from the previous month to 5.53 million tonnes.

Sales of gasoline, or petrol, increased by 12.4% from a year earlier, but fell about 17% month-on-month to 1.99 million tonnes.