"We have to get to four-five per cent of the GDP in research, including government and the private sector. If we did that we would solve a lot of problems," said Murthy 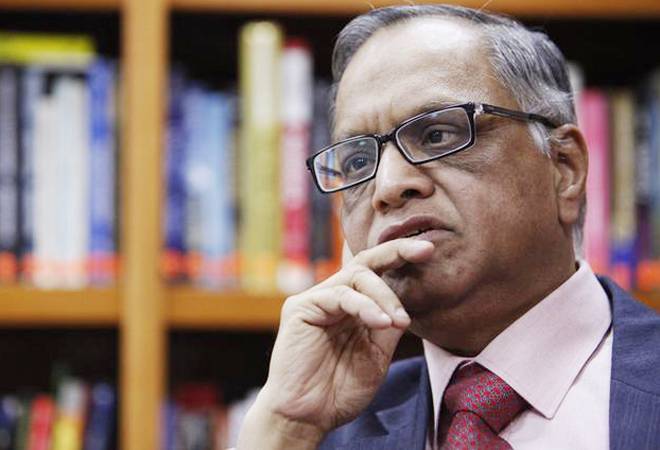 While the Economic Advisory Council to the Prime Minister, in 2019, recommended that India more than double its expenditure on research and development (R&D) to two per cent of the GDP by 2022, N.R. Narayana Murthy, the legendary founder of Infosys, thinks this number wouldn't be enough if India were to solve the pressing problems facing the nation. He advises a much higher spending on research.

"We have to get to four-five per cent of the GDP in research, including government and the private sector. If we did that we would solve a lot of problems," Murthy told Business Today on the sidelines of the Infosys Prize ceremony, an annual award that honours achievements of researchers and scientists.

India also has to provision for fundamental or basic research, not just applied research, he added. Fundamental research is long-term  and not necessarily outcome-oriented like applied research. "We have to set aside a certain percentage of our GDP for funding long-term fundamental research problems. They will yield results - may not be in 10-20 years; but they will yield results," he said.

Typically, it is a difficult task to convince politicians around the world on the need for fundamental research. Its long-term nature implies there would be no tangible results to show during their political terms or even their lifetime.

The Indian government's expenditure on scientific research and development has consistently increased over the years. Yet, the spending appears to be abysmally small when compared to some of the more developed, or even developing nations.

The Economic Advisory Council to the Prime Minister, in a report, had pointed out that public expenditure was the driving force of R&D spend in the country -  a sharp contrast to advanced countries where private sector drives research investments. Within government expenditure on R&D, almost the entire spending is driven from the Central Government and not states. The top three spenders in 2017/18 were the  Department of Atomic Energy, the Department of Space and the Department of Science and Technology.