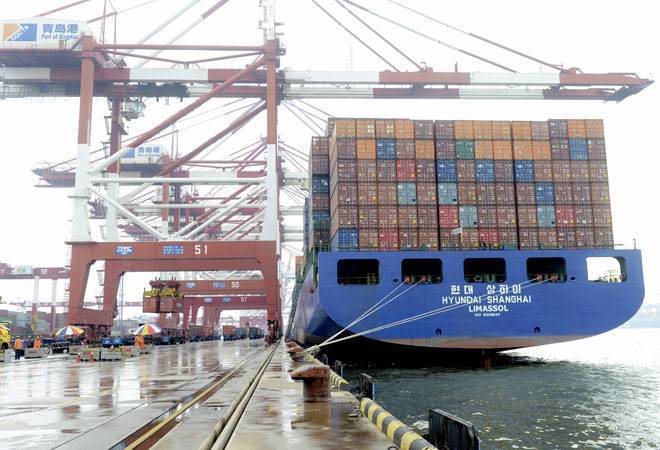 India's non-oil exports are expected to rise marginally by 0.3 per cent to $68.3 billion during October-December quarter of the current fiscal, over the corresponding quarter of the previous year, after three consecutive quarters of contraction, says Exim Bank. Non-oil exports commodities includes gems and jewellery, petroleum products, textiles and apparel.

Total merchandise exports are expected to continue to moderate to $77.6 billion in the third quarter of 2020-21, as compared to $79 billion in the corresponding quarter of the previous year, on the back of one of the steepest and continued contractions in India's oil exports, witnessed since March 2020.

These forecasts are based on Exim Bank's Export Leading Index (ELI) model.  The ELI gauges the outlook for the country's exports on a quarterly basis, based on several external and domestic factors that could impact exports of the country.

Exim Bank releases forecast of growth in India's total merchandise exports and non-oil exports on a quarterly basis. The next growth forecast for India's exports for the quarter January-March 2020 would be released during the first week of March 2020.

As per the latest data released by the Ministry of Commerce and Industry on Tuesday, India's exports declined for the second consecutive month in November by 8.74 per cent to $23.52 billion, led by non-oil commodities. The imports fell by 13.32 per cent to $33.39 billion, while the country's trade deficit hit a 10-month high of $9.9 billion.