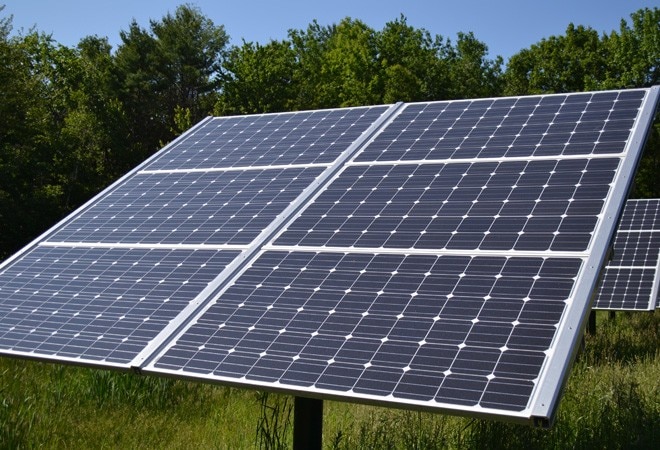 India is planning to impose a 20 per cent Basic Custom Duty (BCD) on solar modules, solar cells and solar inverters from August, with a view to discourage imports from China. Now solar equipment importers have to pay a 15 per cent safeguard duty (SGD), which is set to expire on July 29, 2020.

At present India is dependent mainly on China for 80-90 percent of the solar equipment required for meeting the ambitious target of 100 GW of solar energy by 2022. Of the $1.5 billion worth of solar equipment imported by India in the first nine months of FY20, $1.2 billion was from China.

India had imposed a 25 per cent SGD on solar imports from China and Malaysia to boost domestic manufacturing for a year from August, 2018, but was reduced to 20 per cent from July 2019 to January 2020 and then to 15 per cent from January, this year. Imposing Basic Custom Duty (BCD) on solar equipment was announced in the latest Union Budget, but the government was yet to clarify when it will be enforced.

India's domestic solar equipment manufacturers led by companies like Adani Solar, Vikram Solar, Waare Energy, Tata Power Solar, etc have a current installed module manufacturing (the main component of solar equipment) capacity close to 8 gigawatts (GW), but most have spare manufacturing capacity. Most of the projects on ground so far in India are based on imports from China. It is not economically viable for most developers to switch to other countries as they have bid for projects on the basis of the Chinese module cost structure, say sources.

Solar panels imported from China costs less, about $0.16-0.20 per watt, compared to domestic modules ($0.25-0.28/watt) or those from Korea ($0.22-0.24). Apart from China, Southeast Asian nations such as Vietnam, Malaysia, Taiwan and Korea can supply modules. Once the BCD is enforced, imports from these countries also will become costlier.

Union Power Minister RK Singh on Tuesday told industry representatives that a clear trajectory of BCD would be declared so that there is no uncertainty about government policy. Further, the approved list of models and manufacturers in respect of Renewable Energy will be made effective from October 1, this year. This is to ensure that all solar power projects which are bid out as per the standard bidding guidelines will be required to procure solar cells and solar modules and other equipment from manufacturers figuring in the approved list. In addition, financing from Power Finance Corporation (PFC), Rural Electrification Corporation (REC) and  Indian Renewable Energy Development Agency (IREDA) will be structured in such a manner that lower rates of interest will be charged on the developers who will use domestically manufactured equipment.

Further, the recently constituted FDI Cell and a Project Development Cell in the Ministries of Power and NRE will vet proposals for investment from countries that shares borders with India. The Project Development Cell will hand-hold in investible projects so that the process of investment is accelerated. The practice of issuing concessional custom certificates for certain import items in the RE sector will be discontinued from a date that will be specified separately.

The Power Minister pointed out that from the data on item-wise quantum of imports in power sector given by Directorate General of Commercial Intelligence (DGCI), Department of Commerce, it is seen that many equipment like transmission line towers, conductors, industrial electronics, capacitors, transformers, cables, and insulators and fittings, etc., in respect of which domestic manufacturing capacity exists, are still being imported. The Indian industry should not import any equipment, materials and goods in respect of which there is sufficient domestic capacity, the Minister said.

How COVID-19 led to retail startups reinventing themselves