Surgical Strike 2.0: Things have escalated between the two countries, as multiple ceasefire violations were carried out by Pakistan. 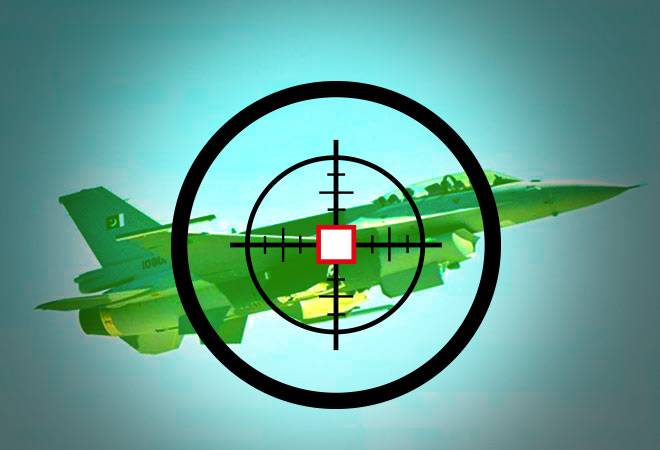 Following Indian Air Force's air strike on the Jaish-e-Mohammed's terror camps on February 26, things have escalated between India and Pakistan. Earlier in the day there was heavy firing across the LoC in Rajouri and Poonch districts. Pakistan reportedly carried out multiple ceasefire violations and their fighter jets violated the Indian airspace. Pakistani jets were forced to retreat after retaliation from Indian Army.

In the latest round of development, it is learned that a Pakistan F-16 that violated the Indian airspace was shot down in retaliation by the Indian forces in Pakistan territory in Lam district, Nowshera sector. A parachute was seen as the F-16 went down, however, the condition of the pilot is still unknown, reported ANI.

However, challenging India's reports, Pakistan claims that no F-16s were engaged in today's operation.

Pakistan's MoFA spokesperson Mohammad Faisal said that the sole purpose of the PAF's strike was to demonstrate their right and capability for self defence.

Mohammad Faisal, Pakistan's MoFA spokesperson: PAF undertook strikes across LoC from Pakistani airspace. Sole purpose of this action was to demonstrate our right, will and capability for self defence. We do not wish to escalate but are fully prepared if forced into that paradigm. pic.twitter.com/hSVlgYVsyX

Reports also mention that two aircraft of the Indian Air Force crashed in Jammu and Kashmir's Budgam. According to police on the site, two bodies have been found at the crash site. The SSP Budgam said, "Some aircraft has fallen. As of now we aren't in a position to ascertain anything. Technical team is here, they'll ascertain facts. We have found 2 bodies so far and have evacuated them. Search is going on here."

Airports in Leh, Jammu, Srinagar and Pathankot have been put in high alert. Their airspace has been suspended due to security reason and many commercial flights have been put on hold.