International Women's Day: Apart from Air India, other airlines like Go Air, IndiGo, and SpiceJet are also celebrating women's day by either offering discounts or flying with all-women crews to celebrate the women power. 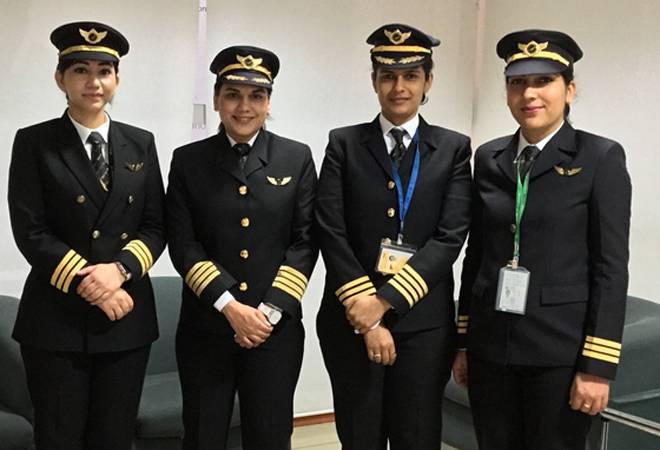 The airline on its official Twitter handle said: "Air India celebrates women day... every day working in tandem to soar high in all spheres from the board room to the skies. We salute their power today with record 52 domestic and international flights propelled by all women crew." The airline said it would deploy its B787 Dreamliners and B777s aircraft to operate the aforementioned 12 international flights. The international routes where Air India will operate all-women crew include Delhi-San Francisco, Delhi-New York, Delhi-Chicago, Delhi-Washington, Delhi-London, Delhi-Paris, Delhi-Sydney, Delhi-Rome, Mumbai-London, and Mumbai-Shanghai.

#FlyAI : Our #women colleagues soaring high to attain new heights- flying to every possible destination from Dharmshala to USA on #internationalwomensdaypic.twitter.com/GKQAzDUSA4

"Women pilots and cabin crew will be operating Airbus family aircraft as well as dreamliners to over 40 domestic destinations and back to commemorate the occasion," the airline added. AI Chairman Ashwani Lohani said that it was a proud moment for the entire company that its women employees were leaving a mark at the global scale. "I would like to congratulate our women crew for operating so many flights on various international and domestic routes fuelled by their indomitable 'nari shakti' (women power)."

Apart from Air India, other domestic airlines are also celebrating the day. Domestic carrier SpiceJet, on its official Twitter handle, said: "The world wouldn't be the same otherwise. SpiceJet wishes all of you a very Happy Women's Day." IndiGo, largest carrier in India in terms of market share, said the International Women's Day is about equality, justice, inclusivity, and rights.

Also read: GST Council notifies decisions for the MSME sector, to be effective from April 1

WhatsApp to ban users for using fake apps; here's how to migrate back to the official app