Is jute the right replacement for single-use plastic?

Countries around the world are looking to cut down the use of single-use plastic, but India already has a sustainable substitute that cannot be ignored anymore - the "golden fiber" also known as jute Countries around the world are looking to cut down the use of single-use plastic, but India already has a sustainable substitute that cannot be ignored anymore - the "golden fiber" also known as jute. India is the world's largest producer of jute, which is a natural fiber and hence biodegradable. It is also cheap and has high tensile strength. Jute bags are made from jute fibres that are spun into strong strands making a firm and durable end-product. Following are some of the points that'll highlight the superiority of jute over the single-use plastic.

Environment-friendly: Plastics are non-biodegradable and take approximately 400 years to decompose. It pollutes the environment and also poses a threat to animal habitation. Jute, on the other hand, is biodegradable and does not cause any harm to the ecosystem. 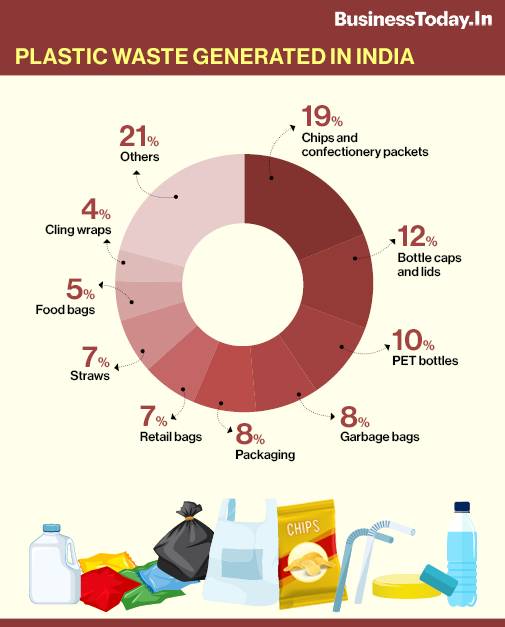 Production process: Plastics are made using billions of barrels of petroleum, which is a non-renewable source of energy.  According to the United States Environmental Protection Agency, approximately 30 grammes of carbon dioxide is emitted for each ounce of polyethylene (PET) produced. PET is the type of plastic most commonly used for beverage bottles. Jute, on the other hand, does not need a lot of farming space, and hence, is an eco-friendly option to plastics. Also, jute cultivation using crop rotation techniques improves the fertility of the soil for the next crop.

Cost: Plastic bags are cheaper and cost around 50 paise but can be used only once. On the other hand, a bag made out of jute costs around twenty rupees but they are reusable, for more than a year. So, in a way, jute bags are cheaper in the long run.

Life cycle: Plastics bags are usually thrown and do not have a long life span and that, in turn, means more production, burdening the natural resources and environment. 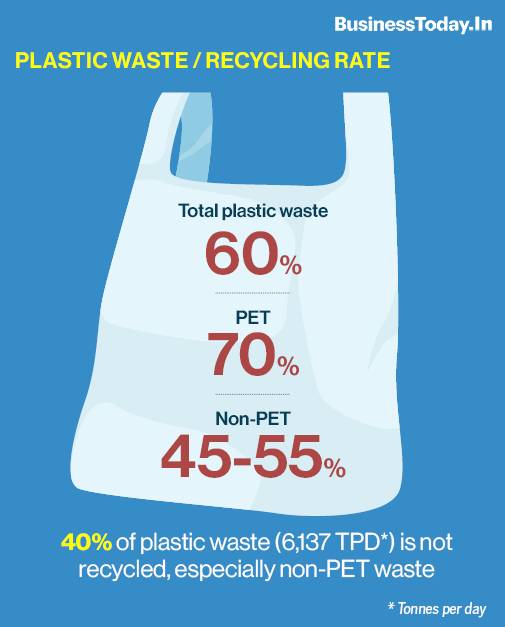 Health benefits: Plastic affects human health and releases toxic gases like nitrogen oxides, sulfur dioxide, volatile organic chemicals, and polycyclic organic matter. Burning plastic also releases heavy metals and toxic chemicals such as dioxin. A jute plant, on the other hand, absorbs carbon dioxide and releases oxygen at a rate several times higher than trees. According to some estimates, one hectare of jute plants can soak up nearly 15 tonnes of CO2 and discharge 11 tonnes of oxygen during a season, thereby reducing greenhouse effects.

Nearly 60% of the world's jute grows in India, however, jute production in the country has witnessed an irregular trend since 2001-02. Reasons behind such conflicting growth in raw-jute production in India are the lack of adequate capital, poor standard seeds and the shortage of water. It is, therefore, far behind the optimum level that could be achieved in terms of jute production. Rapid urbanisation is also having an adverse effect on jute cultivation in India.

However, the benefits far outweigh the challenges being faced by jute industry, and it needs innovative 'green' push to partially and eventually replace the single use plastics to save the environment and the food chain.

Also Read:Bapu is the best teacher to guide us, PM Modi writes in The New York Times op-ed