The Department of Telecom has accepted the demand of ISRO to use 26 Ghz band, in which 5G ecosystem has been developed, primarily for satellite service. 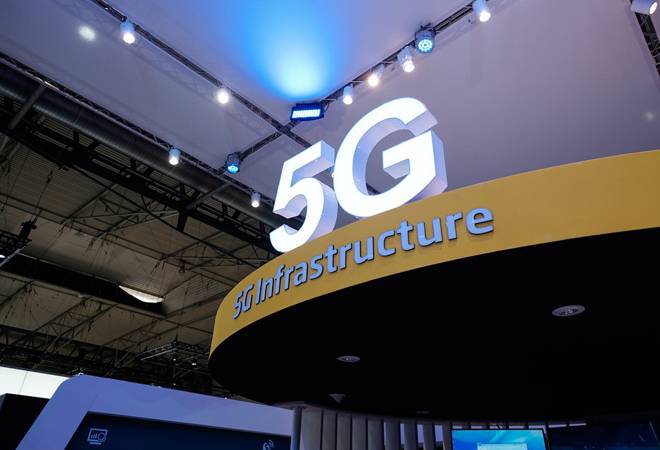 The telecom department has received recommendation of Trai for frequency band 3,300-3,600 Mhz band that can be used for 5G services.

Spectrum demand of Indian Space Research Organisation and the telecom ministry's proposed conditions to roll out mobile services in 26 gigahertz band are likely to make deployment of 5G services in the country challenging, according to industry experts.

International Telecommunication Union (ITU), under the United Nations, will hold a conference next month in Egypt to finalise use of 26 GHz band for 5G services. It will start deliberation for the same this month.

The Department of Telecom has accepted the demand of ISRO to use 26 Ghz band, in which 5G ecosystem has been developed, primarily for satellite service. Consequently, the department has submitted this proposal for consideration to the ITU, which sets global benchmark for wireless services.

The proposal allows use of 26 Ghz band for mobile services with conditions to ensure that the 5G services will not interfere with satellite operations.

The DoT has proposed radiation power of 7 decibel watt per 200 megahertz for base stations to be deployed in the 26 Ghz band against industry estimate of 33 dbW per 200 Mhz band.

"The power condition per base station proposed by the government is lower than that used for wifi hotspots. It will be very difficult to transmit voice at this limit," COAI Director General Rajan S Mathews told PTI.

According to a Research and Development associate of a multinational telecom gear maker, the DoT proposal hardly leaves any room for deployment of 5G in India.

"Based on proposal, DoT will have only around 1.25 to 1.5 Ghz of spectrum in 26 Ghz for 5G services in total. An operator will require at least 1 Ghz of spectrum in higher frequency band, proposed 26 Ghz band at present, to roll out 5G as stated by ITU. The critical 5G applications may fail if sufficient bandwidth is not provided," the R&D official, who did not wished to be named, said.

"The 5G network is designed to meet both the requirement which is why need for 1 Ghz has been stated in ITU documents. At least 800 Mhz should be made available in frequency band above 6 GHz band per operator for deployment of basic 5G services. At present, 26 GHz band has most of the 5G ecosystem equipment developed. Some countries like US have allocated 28 GHz band for 5G. This band is yet to be discussed at ITU for 5G services," the R&D official said.

The DoT proposal to ITU also states that base station in 26 Ghz band should be tilted, which along with low radiation power requirement, will make deployment of 5G four times more expensive in India compared to rest of the world, according to experts.

"The 5G base station will be able to cover only 25-30 metre distance based on limitation of tilted BTS and low power requirement. If this proposal is accepted by ITU than deployment of 5G in 26 Ghz band will be 4-5 times more expensive than rest of the world," the official said.

The DoT has set a target to roll out 5G in 2020. Industry sources, however, do not see possibility of auction of spectrum for 5G services in the current financial year as it is yet to approach Telecom Regulatory Authority of India for recommendations on pricing of 26 Ghz band, identified by various countries for 5G services.

The telecom department has received recommendation of Trai for frequency band 3,300-3,600 Mhz band that can be used for 5G services. However, after the claim of ISRO, the DoT is learnt to have been left with 175 Mhz of radiowaves for mobile services.

The proposal will be discussed at World Radiocommunication Conference 2019 in Egypt next month where spectrum frequency for 5G services is expected to be finalised.

E-mail query sent to DoT in this regard elicited no reply.