SJM has said that India must recognise the full extent of the national and economic security threat posed by foreign and especially Chinese equipment in India's ICT networks. 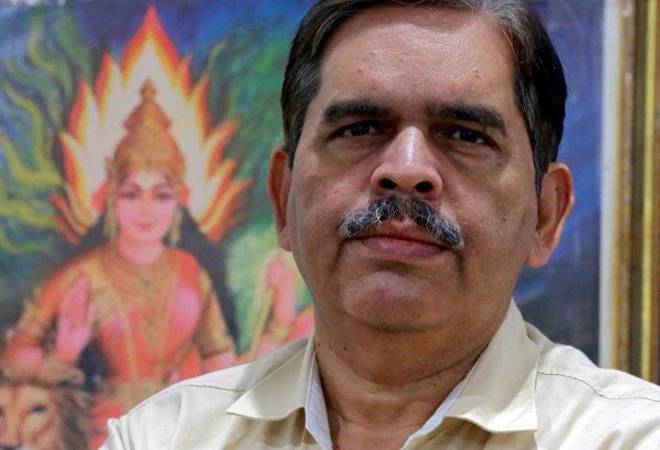 RSS affiliate Swadeshi Jagran Manch (SJM) has cautioned against the overdependence of India on telecommunication infrastructure from China.

RSS affiliate Swadeshi Jagran Manch (SJM) has cautioned against the overdependence of India on telecommunication infrastructure from China. Terming it as a serious security risk, SJM wanted India to fully indigenise the country's telecommunications network and reserve it for Indian companies on security grounds, as such a move cannot be challenged in the WTO.

The call for indigenisation of telecom network came after a half-day long brainstorming session SJM had with a group of high-tech indigenous cybersecurity small and medium enterprises (SMEs) and telecom companies on August 17 in Delhi.

"The telecommunications scenario in India is troubling. Firstly, China today controls a significant section of India's Telecom networks even though Information Dominance is at the core of China's military strategy, posing an unacceptable security risk. Secondly, Domestic companies are being denied the chance to compete in their own market even though they meet world-class standards and even if they outbid Chinese competition in foreign markets. All the value creation is taking place in China while the Indian ecosystem is deprived of value-added high-tech production and good jobs", an SJM statement said.

The Indian firms had pointed out that Chinese companies with massive support from the Chinese State, are allowed to vastly underbid Indian companies and win tenders for critical infrastructure. "Chinese companies are able to evade customs duties while Indian companies are not paid their dues by the Department of Telecommunications; Indian bidders are also forced to adhere to specifications that are not operationally required but are met only by MNCs; Indian companies are thus discriminated against and do not have a market in their own country. They get no support from the Government while the industries of other countries get full Government support," the complaints from Indian firms said.

SJM has said that India must recognise the full extent of the national and economic security threat posed by foreign and especially Chinese equipment in India's ICT networks.

"Telecommunications must be declared a critical and strategic infrastructure vital to India's security, so that bans on imports cannot be challenged in the WTO, only indigenous equipment must be procured for telecom networks and the recently released procurement guidelines of the Department for Promotion of Industry and Internal Trade must be strictly adhered to. To begin with all Government and PSU procurement must be made from indigenous manufacturers. Orders diverted from PSUs to private telcos must be restored to PSUs on the condition they procure from domestic manufacturers", the swadeshi lobbyists point out.

SJM also wanted the government to explore the possibility of banning Chinese imports for the government procurement under clause 10d of the DPIIT policy on Make in India. It called for a probe into the complaints of "conflict of interest" in government-appointed bodies that oversee the tender process as it is allegedly resulting in awards to foreign companies after imposing unfair criteria on Indian companies.

"If tenders are fixed to exclude Indian companies complaints should be lodged and the tenders cancelled and a Buy Indian Act and Telecom Security Act must be adopted by India's Parliament, like the US, Australia and New Zealand's security and buy domestic acts", SJM demands.

Calling for timely payments to Swadeshi telecom companies to help them invest in R&D, SJM wanted India's 5G play to be totally Indigenous. "The Cloud component of 5G Core (i.e. apps, infra, and data in the cloud) must be located in India. India will have to pay royalties even for indigenously-built 5G equipment, so compulsory licensing can be introduced and the proceeds for 5G spectrum sale must be channelled to a Fund that would invest in R&D for indigenous 5G /6G tech development in the Private Sector", the group suggested.

It called for a national policy on Standard Essential Patents (SEPs) and the formation of a Cybersecurity Consortium/ Large Scale Integrator composed of indigenous high-tech cybersecurity MSMEs/Start-ups to compete with MNCs as end to end solution providers under one umbrella.

"If these measures are implemented India can become an export and manufacturing hub for the whole world and present a viable alternative to China. Indian Products will always be trusted more than Chinese equivalents. The Chinese have been caught bugging the African Union headquarters and Huawei has been helping authoritarian African governments spy on their own citizens. India can position itself as a viable secure and safe alternative and can prevent the misuse of cyber means against the peoples of the world and help protect the freedoms of the world's people", SJM said.