After entering an alliance with the BJP in Uttar Pradesh, Apna Dal will contest 2019 Lok Sabha elections from two constituencies of the state. 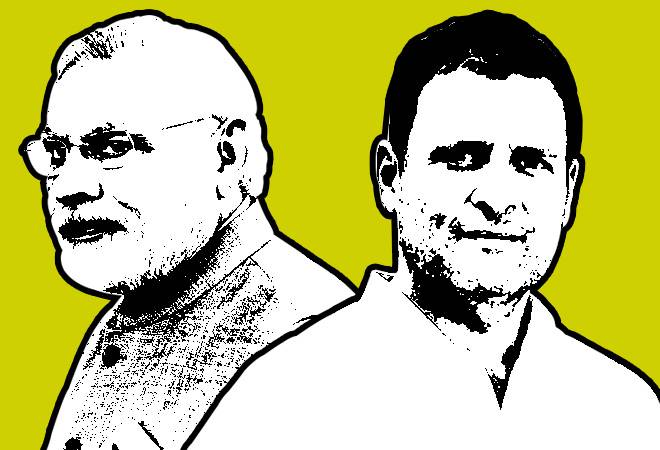 Ahead of 2019 Lok Sabha elections, the Bharatiya Janata Party has entered into an alliance with Apna Dal in Uttar Pradesh. The local party will contest on two seats. Ticket for one seat has been given to Apna Dal's Anupriya Patel, where the candidates for the second seat will be decided after later deliberations. Meanwhile, former Congress MP from Haryana Arvind Sharma has joined BJP.

The Lok Sabha elections 2019 have been scheduled to start from April 11 and will go on till May 19. With little time left to woo voters, parties have increased their political activities. From public rallies to workers' meetings, big leaders of the national as well as state parties are leaving no stone unturned to ensure victory in the polls.

BusinessToday.In brings you all the latest updates related to the General Elections 2019 through our live blog.

09:15pm: SP-BSP-RLD alliance to hold 11 joint rallies in Uttar Pradesh for the 2019 Lok Sabha elections. The rallies will start from March 7 and will contine till May 16. Below is the schedule of rallies:

08:39pm: I had said earlier also that we should go for an alliance in Delhi, Congress leader PC Chacko tells ANI. "Best way to defeat BJP is to have an alliance with AAP in Delhi. When the party President takes a decision then everybody will follow that opinion," he further added.

PC Chacko,Congress: I had said earlier also that we should go for an alliance in Delhi. Best way to defeat BJP is to have an alliance with AAP in Delhi. I and many other people are of this opinion. When the party President takes a decision then everybody will follow that opinion. pic.twitter.com/JaFVrpJvih

06:30pm: The Left Front has announced its list of 25 candidates for 2019 Lok Sabha elections in West Bengal.

06.19pm: Mahagathbandhan in Bihar to release its list of candidates on March 17, says Congress's Ranjeet Ranjan.

02.31pm: Congress president Rahul Gandhi Friday said his party was looking at including the promise of Healthcare Act in its manifesto for the April-May Lok Sabha polls. He said it was part of the Congress' commitment to ensure everybody has access to quality healthcare. The Congress chief said his party wanted to increase health expenditure to 3 per cent of the country's Gross Domestic Product (GDP) and also increase the number of trained medical professionals.

02.28pm: Vehicles carrying reserved EVMs and VVPATs during the seven-phased Lok Sabha polls will be mandatorily equipped with GPS to track their movement, the Election Commission has said. The decision came in the backdrop of electronic voting machines (EVMs) and voter verifiable paper audit trail (VVPAT) machines being found in hotels, roads and even at the residence of an MLA during the assembly elections held in five states late last year, reported PTI.

12.06pm: The Supreme Court on Friday asked the Election Commission to respond to the DMK's plea seeking directions to the poll panel for holding by-elections in three vacant assembly constituencies in Tamil Nadu, reported PTI. A bench comprising Justices S A Bobde and S A Nazeer asked the EC to file its response within two weeks. The DMK has questioned the poll panel's move to not hold by-elections in Tiruparankundram, Ottapidaram and Aravakurichi.

9.20am: After meeting SP Chief Akhilesh Yadav, Mayawati gave clear message to its cadre: "To be one, fight like a one and no backstabbing to other partners". The BSP-SP also chalked out plan to hold joint rallies.

9.00am: The grand alliance in Bihar has ironed out all the differences over the seat sharing agreement with a formal announcement likely to take place on March 17 in Delhi.

8.30am: The ruling Telugu Desam Party in Andhra Pradesh has released its first list of 126 candidates for the April 11 Assembly election, amid unprecedented protests and rebellion in the party, reported PTI. Name of Chief Minister and TDP president N Chandrababu Naidu and his son Nara Lokesh figured in the list announced by Naidu himself at a late-night press conference. He called it "Mission 150 Plus", as the party aimed to win at least 150 out of the total 175 seats in the assembly. He said the first list of candidates for the Lok Sabha election, scheduled simultaneously, would be announced on Friday.

Andhra Pradesh CM & TDP leader, N Chandrababu Naidu in Amravati: Tomorrow I'll go to Chittoor for Tirupati darshan, after it, in the next few days, I'll go to all the other districts to have meeting with the party cadre. From March 20, we'll go in full swing campaign mode.(14/3) pic.twitter.com/n8l2HZcIxu

8.20am: Trinamool Congress' four-time legislator Arjun Singh has joined the BJP, giving a boost to the party's prospects in the state ahead of the Lok Sabha elections, reported PTI. The TMC refused to give much importance to Singh's switch-over and challenged him to seek a re-election from his Assembly seat Bhatpara in North 24 Parganas district on a BJP ticket.

8.00am: Congress president Rahul Gandhi will address a public meeting at Bargarh district of Odisha on Friday. Rahul may talk about farmers' issues during the rally.