Multiple staff members said that they were forced to work 17-18 hour shifts. An employee also told the news site that she fainted from exhaustion during duty after which she was rushed to a medical facility in Kanpur 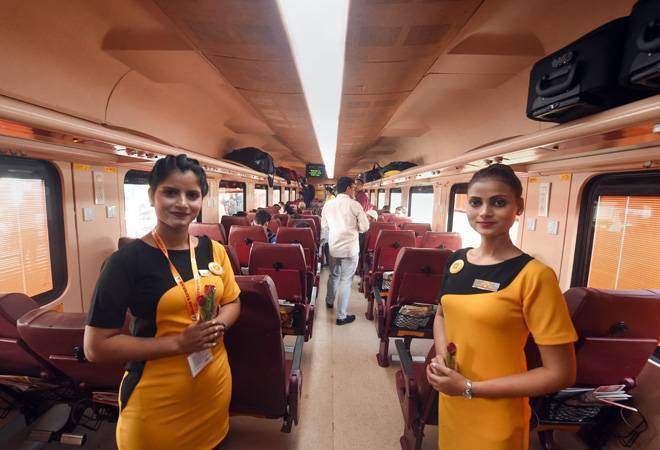 Barely two months after its first commercial run, staff members of the Tejas Express have complained about the train's unfair practices. India's first private train is handled by IRCTC under the public-private partnership (PPP) model. It hit the tracks on October 4.

According to a report in The Print, the crew members of the train said that passengers were served substandard food and unfiltered water. They also complained of the long, gruelling hours of up to 18 hours. One crew member told the news site that instead of a sick leave, he was fired when he got blisters on his feet after long hours at work.

The company that handles services from staff to food and water, Brandavan Food Products, have denied all allegations. Additionally, both IRCTC and Brandavan claimed that the pink slips were temporary measures and the employees would be hired back when a new Tejas is launched.

According to the report, 30 attendants or 'coach crew' continue to serve on the train while 20 have been sacked. The staff has alleged that the sackings were abrupt and without notice even when the offer letter by Brandavan clearly mentioned a notice period of a month. The management cited poor performance as the reason for the dismissals to an employee.

Multiple staff members said that they were forced to work 17-18 hour shifts. An employee also told the news site that she fainted from exhaustion during duty after which she was rushed to a medical facility in Kanpur. She said that when she regained consciousness, she was summoned back to work.

Tejas Express employees have said that these sackings have increased the work pressure. Some said that they were fined by the managers for things as inconsequential as improper makeup.

Moreover, women employees suffer harassment from passengers as well. IRCTC said that it would devise a mechanism to deal with the issue but is yet to take any action. An employee claimed that she filed a complaint of harassment against some employees of Brandavan and was removed from the job.

Brandavan Food Products told the news site that no one has been removed from their job and once a new Tejas is launched, they would be called back. As for complaints of misbehaviour, the company said that they haven't heard any and that the management will be informed if such complaints reach them.

IRCTC Chief Regional Manager Ashwini Srivastava told the news site that the decision to remove the crew members was of Brandavan and not IRCTC's. He said that they initially hired too many crew members and attendants. "After Diwali, some coaches were removed from the Tejas Express. It was probably because of this that staff were fired," he told the news site.