What are Masala Bonds and how can they rescue sliding rupee?

The bonds are directly pegged to the Indian currency. So, investors will directly take the currency risk or exchange rate risks. If the value of Indian currency falls, the foreign investor will have to bear the losses, not the issuer which is an Indian entity or a corporate. 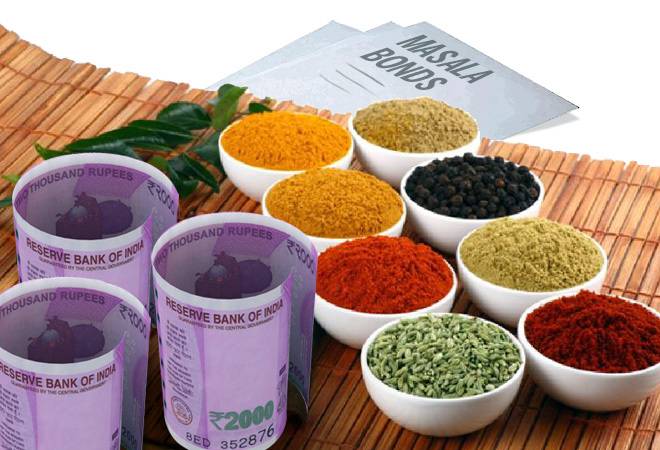 The government on Saturday decided to withdraw withholding tax on Masala bonds in a series of steps to contain rupee fall. The Indian currency has fallen over 13% since the beginning of this year as investors remain concerned over sustained foreign capital outflows and widening current account deficit in the wake of soaring crude oil prices.

What are Masala Bonds

Masala Bonds are rupee-denominated borrowings issued by Indian entities in overseas markets. Masala means spices and the term was used by International Finance Corporation (IFC) to popularise the culture and cuisine of India on foreign platforms. The objective of Masala Bonds is to fund infrastructure projects in India, fuel internal growth via borrowings and internationalise the Indian currency.

How Masala Bonds help in supporting the rupee

The bonds are directly pegged to the Indian currency. So, investors will directly take the currency risk or exchange rate risks. If the value of Indian currency falls, the foreign investor will have to bear the losses, not the issuer which is an Indian entity or a corporate. If foreign investors eagerly invest in Masala Bonds or bring money into India, this would help in supporting the rupee.

The issuer of these bonds is shielded against the risk of currency fluctuation, typically associated with borrowing in foreign currency. Besides helping in diversifying funding sources, the costs of borrowing via masala bonds could also turn out to be lower than domestic markets.

Currently, these bonds are listed on the London Stock Exchange.

The Reserve Bank of India (RBI) allowed issuance of these bonds by Indian corporates as part of its fourth bi-monthly policy statement for the year 2015-16 on September 29, 2015. Masala bonds should have a minimum maturity of five years, and there is a $750 million per year limit for borrowers which can be exceeded with the RBI approval.

Who can invest in Masala Bonds?

Foreign investors who want to take exposure to Indian assets and are constrained from doing it directly in the Indian market or prefer to do so from their offshore locations can invest in Masala bonds.

HDFC, NTPC and Indiabulls Housing are among Indian corporates which have raised funds via this option.

How Masala Bonds came into existence?

The concept of Masala bonds was introduced nearly five years ago by the government and International Finance Corporation (IFC) to stem the record fall in rupee due to capital flight spurred by a severe current account deficit and the tapering of quantitative easing by the US Federal Reserve.

On June 27, 2013, RBI said current account deficit stood at a record 4.8 per cent of the GDP or $87.8 billion for the full 2012-13 fiscal. The trade data spooked markets on the same day with the Sensex falling 590 points, rupee breaching 66 level against the dollar and 10 year government bond yields climbing to 8.5%. Interestingly, the Sensex had gained 600 points in previous three sessions. The rupee closed at a record low of 66.24 to the dollar, down 194 paise from the previous close on account of heavy dollar demand from oil importers in month-end.

The record crash in rupee brought the UPA government into action. The government in consultation with International Finance Corporation (IFC) decided to launch rupee-denominated bonds in international markets. IFC launched the first offshore bond programme of $1 billion in October 2013.

From 2013 to 2014, IFC issued seven tranches of offshore rupee-denominated bonds, settled in US dollars and pegged to the rupee foreign exchange rate, for maturities ranging from three to seven years.

Later, the bonds were referred to as Masala bonds.

Odd-even rule may make a comeback in Delhi this winter, but not for two-wheelers