In its report, Freedom House had expressed apprehensions that the world's largest democracy is moving towards authoritarianism under the NDA government headed by Prime Minister Narendra Modi. 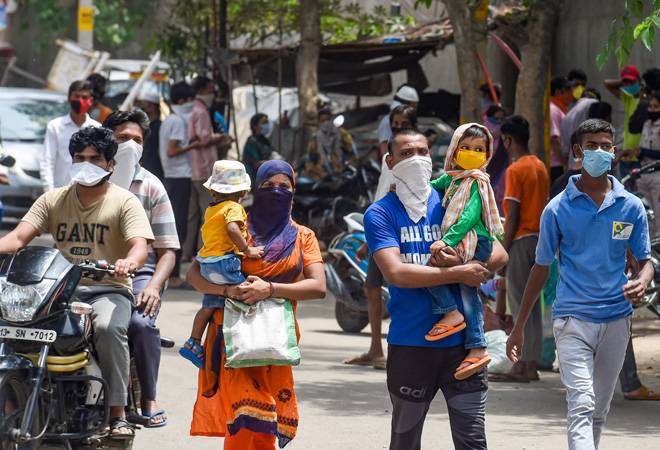 Justifying the lockdown, the government said any mass movement of people would have spread COVID-19 rapidly throughout the country.

The government on Friday called a report by US-based NGO Freedom House, which downrated India's status to partially free from free, as "misleading, incorrect and misplaced".

Many states in India, under its federal structure, are ruled by parties other than the one at the national level elected through an election process which is free and fair and conducted by an independent election body, the Information and Broadcasting Ministry said in a release. "This reflects the working of a vibrant democracy, which gives space to those who hold varying views," it said.

In its report, released earlier this week, Freedom House, which conducts research and advocacy on democracy, political freedom and human rights, had expressed apprehensions that the world's largest democracy is moving towards authoritarianism under the NDA government headed by Prime Minister Narendra Modi.

The government gave a point-by-point rebuttal to some of the issues raised in the report.

On the issue of discriminatory policies against Muslims, the government said it treats all its citizens with equality as enshrined under the Constitution of the country and all laws are applied without discrimination. Due process of law is followed in matters relating to law and order, irrespective of the identity of the alleged instigator.

On riots in the national capital last year, the government said law enforcement machinery acted swiftly in an impartial and fair manner. "Proportionate and appropriate actions were taken to control the situation. Necessary legal and preventive actions were taken by the law enforcement machinery on all complaints/calls received, as per law and procedures."

On the use of sedition law, it said law and order is a state subject, and measures as deemed fit are taken by law enforcement authorities to preserve public order.

Justifying the lockdown imposed last year to contain the spread of coronavirus infections, the release said any mass movement of people would have spread the disease rapidly throughout the country. It also highlighted the measures taken by the government to help people and reduce "undue distress".

On issue of intimidation of academics and journalists and crackdown on expressions of dissent, raised in the report, it said Indian government attaches highest importance to safety and security of all residents of the country, including journalists.

"The Government of India has issued a special advisory to states and union territories on safety of journalists requesting them to strictly enforce the law to ensure safety and security of media persons," it said.

On internet shutdowns, the government said temporary suspension of telecom and internet services is resorted to with an over-arching objective of maintaining law and order under strict safeguards.

On FCRA amendments and freezing of Amnesty International's assets, the government said the NGO, despite its repeated applications, has been denied FCRA approval by successive governments since it is not eligible to get such an approval as per the law.

"However, in order to circumvent the FCRA regulations, Amnesty UK remitted large amounts of money to four entities registered in India, by misclassifying the remittance as Foreign Direct Investment (FDI). A significant amount of foreign money was also remitted to Amnesty India without MHA's approval under FCRA," it said.

Saying that this mala fide rerouting of money was in contravention of legal provisions, the release said that owing to the illegal practices of Amnesty, the previous government had also rejected its repeated applications to receive funds from overseas. "This had led Amnesty to suspend its operations once during that period as well."

IndiGrid to acquire 100% stake in NER II from Sterlite Power for Rs 4,625 crore