While the average assets of all the ministers account for Rs 14.12 crore, four ministers have declared more than Rs 40 crore worth of assets 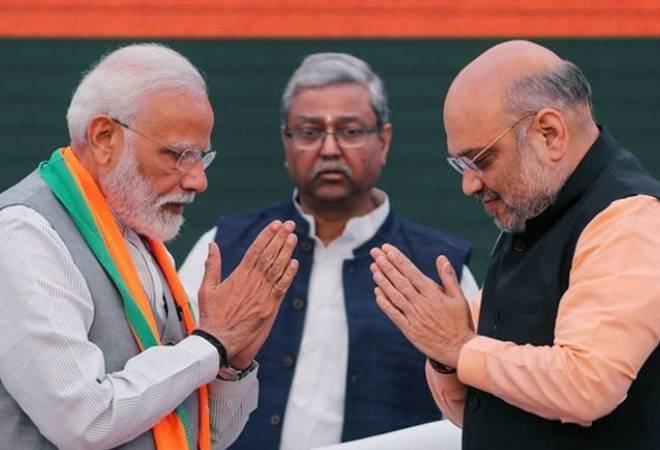 Prime Minister Narendra Modi's new Cabinet, which comprises of 58 ministers has a total of 51 crorepatis. According to the details mentioned in the self-sworn affidavits of all these ministers, excluding Ramvilas Paswan and Subrahmanyam Jaishankar, total 22 ministers have declared criminal cases against them, says a report by an NGO Association for Democratic Reforms (ADR). The details of Ramvilas Paswan and Subrahmanyam Jaishankar were not analyzed as they are not currently members of either House. Among total 16 ministers who have said there are "serious criminal cases" registered against them, BJP Rajya Sabha MP from Maharashtra, V Muraleedharan, who is now MoS in the Ministry of External Affairs and Parliamentary Affairs, has declared an attempt to murder case against himself.

Narendra Modi was sworn in as prime minister for a second term on Thursday. In his new Council of Ministers, Amit Shah was appointed as the new Home Minister, while Rajnath Singh has been given the charge of the crucial defence ministry. Nirmala Sitharaman was appointed the new Finance Minister after Arun Jaitley opted out due to health concerns.