Modi 2.0 council of ministers: Here's a list of women ministers in the new cabinet

The new cabinet includes only 6 women ministers, out of which 4 have previously served as Union cabinet ministers. It is, however, interesting to note that the 17th Lok Sabha comprises of 78 women MPs in the house, which is the largest till date. 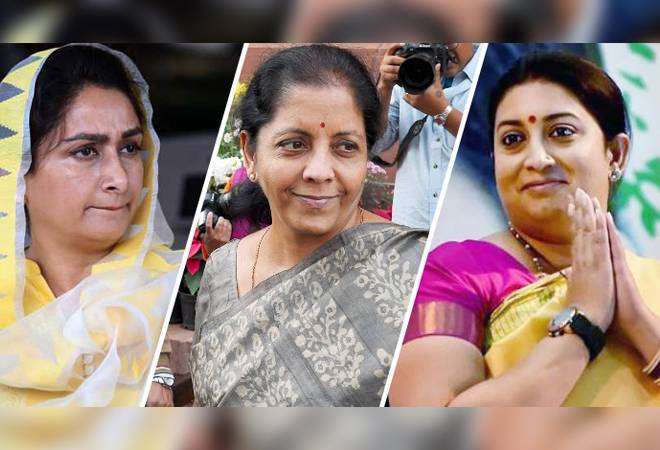 Prime Minister Narendra Modi and his council of ministers were sworn-in on Thursday in a grand ceremony held at the forecourt of Rashtrapati Bhawan. As many as 56 members including the Prime Minister were sworn in at the event. However, the new cabinet included only 6 women ministers, out of which 4 have previously served as Union cabinet ministers. It is, however, interesting to note that the 17th Lok Sabha comprises of 78 women MPs in the house, which is the largest till date.

The four women ministers who have served previously include Nirmala Sitharaman, who is sworn in as the Minister for the second consecutive term. She has also previously served as the national spokesperson of the Bharatiya Janata Party. The second woman minister in the cabinet is  Smriti Zubin Irani. She is the Rajya Sabha member from Gujarat and was the HRD minister under the Modi government but was handed over the Textiles Ministry in 2016. She is likely to be allotted the Ministry of Women and Child Development. Harsimrat Kaur Badal, who has previously served as the Union Minister of Food and Processing is another powerhouse in the Modi government and has been entrusted with the same portfolio this time as well. The fourth minister is Sadhvi Niranjan Jyoti, who will be serving as the Minister of State for Food Processing Industries.

The two new ministers in the cabinet include Debasree Chaudhuri and Renuka Singh Saruta. While Chaudhuri is the MP from Raiganj Constituency in West Bengal, Saruta has been a member of the Chhattisgarh Legislative Assembly from the year 2003-2008.

Sushma Swaraj, who served as the External Affairs Minister will not be a part of the newly appointed council of ministers.

President of India, Ram Nath Kovind administered the oath of office and secrecy to the Prime Minister and other members of the Union Council. The ceremony took place amid the presence of high profile guests including foreign dignitaries, national leaders, and celebrities.

Odisha Class 12th result 2019 will not be declared today on chseodisha.nic.in