The study said that the Mumbai-Ahmedabad corridor was a good choice for the first route as it connects the country's first and seventh most populous cities with significant economic development in the 500 km corridor between them. 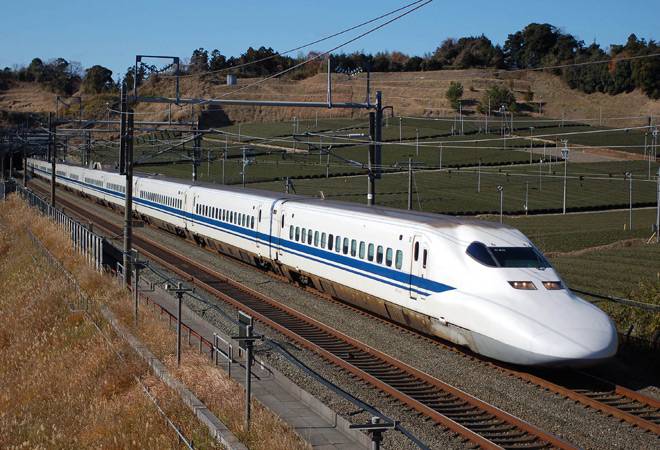 India's first bullet train from Mumbai-Ahmedabad can eventually be extended to Jaipur and Delhi, according to a study by Indian Institute of Management-Ahmedabad.

The study said that the Mumbai-Ahmedabad corridor was a good choice for the first route as it connects the country's first and seventh most populous cities with significant economic development in the 500 km corridor between them. "In terms of future network growth, this segment can be part of further extension to Jaipur and Delhi," the study said.

Last year in July, the government in a press statement had said: "In addition to Mumbai-Ahmedabad high speed corridor, five more corridors covering sides of diamond quadrilaterals and semi diagonals in the country are being explored and Consultants have been appointed to undertake feasibility studies."

These five corridors include Delhi-Mumbai, Mumbai-Chennai, Delhi-Kolkata, Delhi-Nagpur and Mumbai-Nagpur. These corridors will cover over 10,000 km. "Delhi-Chennai section has been identified for feasibility study in cooperation with Govt of China," the government had said.

In 2015, the government had released a list of other sections where pre-feasibility studies for high speed rail had been completed or were in progress. These sections are Delhi-Agra-Lucknow-Varanasi-Patna- 991 km, Howrah-Haldia- 135 km, Hyderabad-Dornakal-Vijaywada-Chennai - 664 km, Chennai-Bangalore-Coimbatore-Ernakulam-Thiruvananthapuram - 850 km, Delhi-Chandigarh-Amritsar- 450 km and Delhi-Jaipur-Ajmer-Jodhpur- 591 km.

Among other issues, the IIM-A report raised the concern over the economic viability of the first bullet train project in India. The report has been jointly authored by professor G Raghuram and Prashanth Udayakumar. The report focuses on various aspects of the bullet trains. It talks about the economic viability of the project here in India and the similar projects in other developed countries.

Professor G Raghuram did some cost analysis and steps that would be needed to make it economically viable. He said: "If the Railways earn Rs 100 revenue, Rs 20 or Rs 40 will go for maintenance, and remaining surplus money will go for cash payment of loan with interest. Now, to cover the loan with operating cost in two scenarios, we consider passengers travelling an average distance of 300 kilometres. In this case, we will need 88,000-118,000 passengers respectively for both the scenarios."

"Typically one train carries 800 passengers, so to carry 88,000 passengers daily, you will need to take a total of 100 trips, or 50 trips each way. So, we need three trains every hour in each direction," he further said.