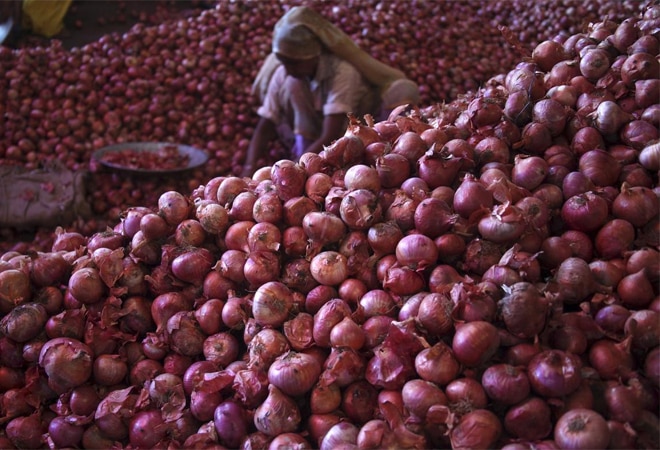 The government is left with about 25,000 tonnes of onion stock in its buffer that will get exhausted in the first week of November, cooperative Nafed Managing Director Sanjeev Kumar Chadha said on Friday.

Currently, Nafed is offloading onion buffer stock in the market to boost domestic availability and check onion prices which surpassed Rs 75 per kg in some parts of the country in the last few weeks.

This buffer stock of onion is created and maintained by Nafed on behalf of the government to be used for interventions in times of onion crisis. For the current year, the cooperative purchased about 1 lakh tonnes of onion for the buffer and the same is being offloaded now.

"So far, 43,000 tonnes of onion has been disposed of from the buffer stock. After some wastage, about 25,000 tonnes of onion is left which will be available till the first week of November," Chadha said in a press conference where the government announced stock limits on onion traders to check price rise.

Presently, Nafed is offloading onion from the buffer stock in both wholesale and retail markets across the country. It is also offering states at Rs 26 per kg plus transportation charges for retail intervention, he said.

Chadha said the cooperative is maintaining the onion buffer stock in Maharashtra, Madhya Pradesh and Gujarat. The government has taken a series of measures to check rising prices of onion.

Also read: Onion prices soar up to Rs 120 per kg in Pune, Mumbai due to rainfall