Onion prices soar up to Rs 120 per kg in Pune, Mumbai due to rainfall

According to estimates by the Maharashtra State Onion Growers' Association (MSOGA), 50 per cent of kharif and late kharif onion crops were damaged by heavy rain 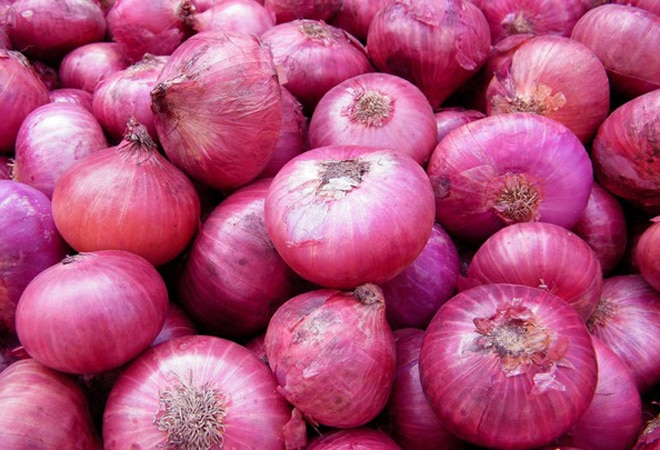 A trader told the news agency ANI that, "Price has increased as supply from farms is affected due to rain. The price of onion that was around Rs 70 per kg last week increased to Rs 120 per kg today".

Another trader said that the buyers are forced to buy onions in less quantity due to the price rise.

Officials of Lasalgaon APMC, which is the largest wholesale onion market in India, said supply fell 70 per cent in two months -- from 22,000 quintals per day in August to 7,000 quintals per day the past week in October.  They added that the contraction in supply will continue for another three weeks and wholesale prices will hover around Rs 5,500-Rs 7,000 per quintal "for a few days".

According to estimates by the Maharashtra State Onion Growers' Association (MSOGA), 50 per cent of kharif and late kharif onion crops were damaged by heavy rains.

Meanwhile, the government on Wednesday, relaxed import norms for onion till December 15 to boost domestic supply. The Union Consumer Affairs Ministry, in a statement, said it will also offload more onion from its buffer stock in the open market to contain price rise. Also, the ministry has ordered Indian high commission in the relevant countries to contact the traders to export onions to India.

The ministry said that onion from the buffer stock is being released in a calibrated manner from the second half of September 2020 to major mandis, retail suppliers such as Safal, Kendriya Bhandar, and NCCF as well as state governments to moderate prices.