The New Education Policy emphasises on inter-disciplinary study which will ensure that the focus is on what the student wants to learn, says Modi while addressing students participating in the Smart India Hackathon 2020 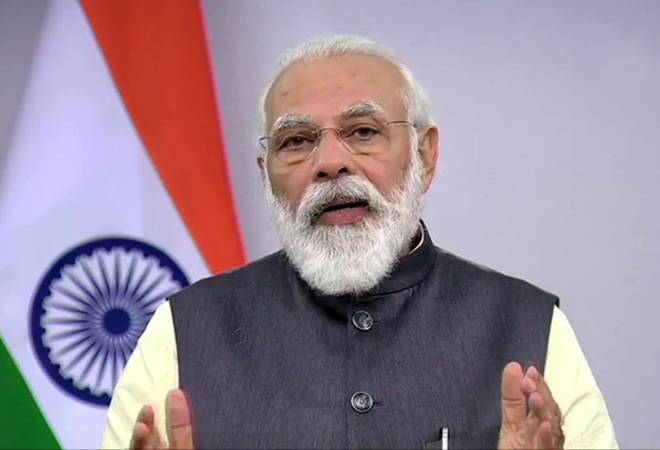 Prime Minister Narendra Modi on Saturday said the New Education Policy announced by the government earlier this week focuses on making 'job creators' instead of 'job seekers'. He also asserted that attempts are being made to transform intent and content of education in the country.

"We are focussing on the quality of education in India. Our attempts have been to make our education system the most advance and modern for students of our country," Modi said while addressing students participating in the Smart India Hackathon 2020.

Speaking at the finale of the Smart India Hackathon, he said the New Education Policy emphasises on inter-disciplinary study which will ensure that the focus is on what the student wants to learn.

The Prime Minister said that the role of the youth is very important in achieving the goal of ''ease of living'' to give a better life to the poor. He said that the new education policy has been framed keeping in mind the aspirations of the youth of 21st century of our country.

"21st century is the era of knowledge. This is the time for increased focus on learning, research, innovation. This is exactly what India's National Education Policy, 2020 does," PM Modi said.

The Union Cabinet on Wednesday approved the National Education Policy (NEP) 2020, which replaced the thirty-four-year-old National Policy on Education (NPE), 1986. The policy aims at universalisation of education from pre-school to secondary level with 100 per cent Gross Enrolment Ratio (GER) in school education by 2030.

Some of the biggest reforms the  NEP includes teaching up to class five in mother tongue or regional language, lowering the stakes of board exams, allowing foreign universities to set up campuses in India, a single regulator for higher education institutions except for law and medical colleges and common entrance tests for universities.