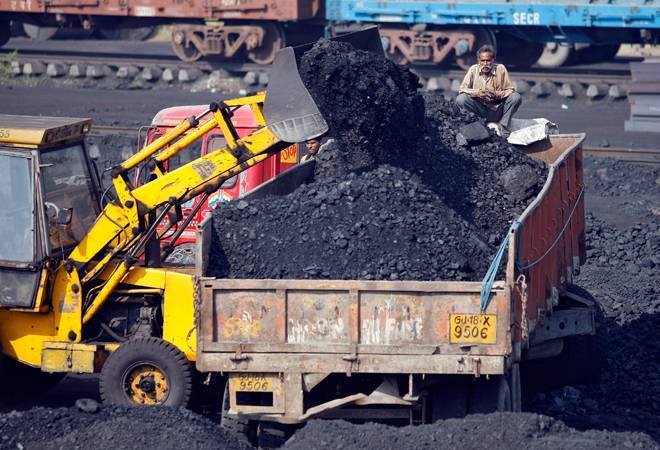 Speaking at the function, Home Minister Amit Shah said the country has reached a position where the coal sector can be the biggest contributor towards the target of India becoming a $5 trillion economy by 2025

Coal Minister Pralhad Joshi on Monday said the next tranche of commercial mines auction will be launched this month and stressed that further rounds will continue thereafter. Speaking at the agreement signing ceremony for commercial coal mining and launch of single-window clearance system, he said commercial coal mining has been made a part of the system now.

"The next tranche of commercial mining auction would be launched in January 2021, and further tranches will continue thereafter," the minister said. Speaking at the function, Home Minister Amit Shah said the country has reached a position where the coal sector can be the biggest contributor towards the target of India becoming a $5 trillion economy by 2025.

He said despite having the world's fourth-largest coal reserves, India is importing coal and this is not right for the country. The Coal Minister said the single-window clearance portal is in the spirit of minimum government and maximum governance. It would be a milestone for ease of doing business in the country's coal sector.

Presently, about 19 major approval or clearances are required before starting a coal mine in the country. In the absence of a unified platform for grant of clearances, the companies were required to approach different departments leading to delay in operationalisation of coal mines, Joshi said.

Now, the complete process will be facilitated through the single-window clearance portal in a phased way. The Centre, he said, has been progressing with a focused plan - bringing in transparency in the sector and opening it for the industry.

"As the government we just have to be the invisible force behind. Given the opportunities, businesses will grow and carry India on their shoulders along," he said. Stating that, there is no dearth of coal anywhere in the country, the minister said the stock of dry-fuel at thermal power plants in the country has attained the highest-ever level, sufficient for 30 days.

"To give a perspective, in 2014, two-third of the major power plants had critical coal stocks of less than seven days. Today, India is the second largest producer of coal with a record production at 729 million tonnes (MT) in 2019-20," he said. The coal minister said that according to the International Energy Agency and the US Energy Information Administration, coal will continue to meet most of the world's increasing energy needs over the next two decades.

The demand for coal is projected to increase substantially over the next several decades. "I often say that we should make the maximum use of our coal reserves while shifting to cleaner forms of energy. We cannot crush the energy aspirations of this nation in our quest to follow the West," the minister said.

He also appealed to all states to facilitate the opening of all the mines auctioned for commercial coal mining so that India could make use of its abundant coal resources. "It will help our nation become Aatmanirbhar in Coal. It is impossible to operate an industry or even grow crops without using some form of energy. And energy will continue to mean coal for several decades," he explained.

Based on the experience of various mineral rich states and feedback received from the stakeholders, the government is bringing out reforms in the mining sector. These reforms will generate huge employment opportunities and increase the production of minerals leading to self-reliance.

"Several industry friendly measures which promote ease of doing business in the mining sector will be brought in. I hope the upcoming reforms will unleash the potential of the mining sector in India," he said.

India should invest in primary healthcare in Budget 2021: WHO's Swaminathan