The fugitive diamond merchant, who has been on the run since February 2018, has been found to be doing diamond business in one of the best and high-end markets of London despite India's efforts to bring him back. 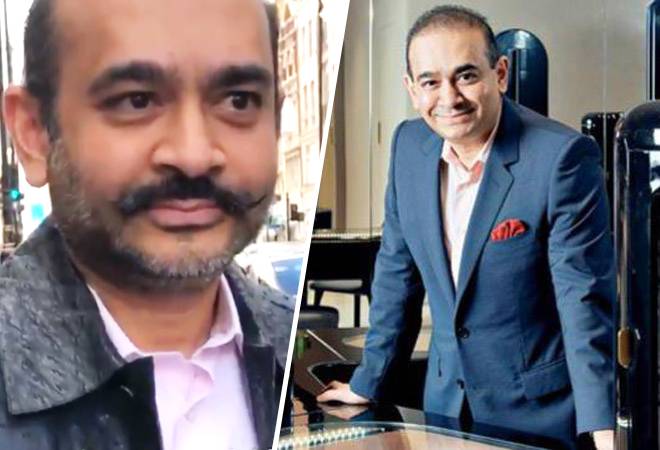 Nirav Modi appears to have gained some weight and sports a handlebar moustache along with grey beard.

The UK Home Secretary's office moved the extradition file of fugitive diamond merchant Nirav Modi to the Westminster Court in London two days back on March 7, finding his case "fit for extradition". His extradition case will now be further evaluated by the court, which might issue a provisional arrest warrant against Nirav Modi soon. However, strict civilian laws in the UK might allow him to get bail instantly.

A request for the extradition of Nirav Modi to India was sent in July 2018. The UK Central Authority of Home Office has confirmed the extradition request has been sent to the Westminster Magistrate Court for further proceedings.

The fugitive diamond merchant, who has been on the run since February 2018, has been found to be doing diamond business in one of the best and high-end markets of London despite India's efforts to bring him back. Nirav Modi has also got UK's Nation Insurance Number, which is normally provided to UK nationals only and allows people to do business, carry out bank transactions, etc, legally. The extradition file related to Nirav Modi was forwarded by the UK Home Office to the Westminster Court just two days back, reported India Today, adding the Indian agencies were already aware of these developments.

Reacting to the developments related to Nirav Modi's extradition and the fugitive businessman running a legitimate business in London, Ministry of External Affairs Spokesperson Raveesh Kumar on Saturday said the government would do everything that is necessary to bring him back. "We have been aware of his presence in the UK. Ever since we submitted the extradition request to the UK, the matter is under consideration of the British government," he said.

While the Indian government is trying tooth and nail to capture the fugitive diamantaire Nirav Modi, he appeared to be living and roaming freely in the UK's capital city London in a slightly new avatar. Nirav Modi is accused of defrauding the state-owned Punjab National Bank (PNB) with over Rs 13,700 crore. He along with his uncle and partner Mehul Choksi fled India in February 2018. According to the latest reports, he now lives in a property worth over 8 million pounds (over Rs 72 crore) near Oxford Street in London's West End.

Nirav Modi, against whom an extradition request is pending before the UK authorities, was seen sporting a handlebar moustache with full face beard. The ED had registered a money laundering case against Nirav Modi and others on February 15, 2018, under the provisions of PMLA on the basis of FIR registered by the Central Bureau of Investigation (CBI) under sections 120-B r/w 420 of IPC, 1860 read with Section 13(2) read with 13(1)(d) of PC Act, 1988.