Nirav Modi case: How PNB was defrauded of Rs 11,400 crore

Union Minister Ravi Shankar Prasad said that the government had seized assets worth Rs 1,300 crore belonging to Nirav Modi besides initiating revocation of his passport. 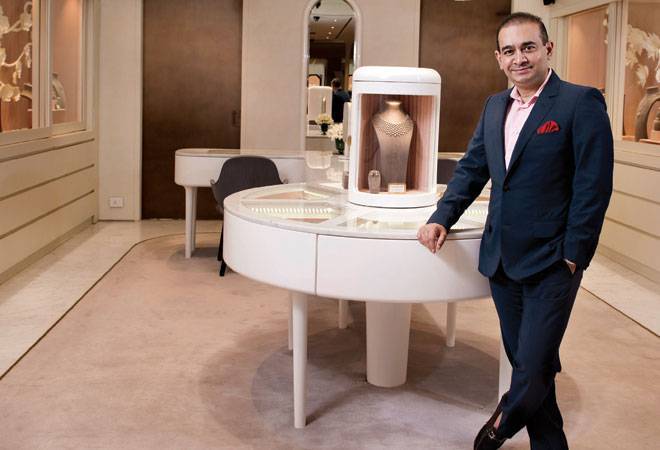 Diamonds are rare, so are the chances of a diamantaire defrauding a bank of more than Rs 11,300 crore. PNB's Brady House branch, less than a kilometer away from the swanky Nirav Modi diamond boutique in Kala Ghoda has become the epicenter of one of the largest banking fraud detected in the country.

Until a few days ago, Nirav Modi, the man at the centre of biggest scam at India's second largest public sector lender could be seen hobnobbing with Hollywood A-listers or cutting ribbons to open his upmarket diamond stores at some of the priciest locations across the world.

Modi, who grew up in Antwerp, the world's diamond capital, has his eponymous jewellery store on Madison Avenue in New York. The jewellery designer also boasts Bollywood star Priyanka Chopra as his brand ambassodor. According to Forbes, Wharton-dropout Nirav Modi has a net worth of $1.73 billion. He is said to have learned the tricks of the trade from his maternal uncle Mehul Choksi who is also the CMD popular jewellery brand Gitanjali Gems.

In 2010, Modi became the first Indian jeweller to be featured on the cover of Sotheby's and Christie's auction catalogues. Modi's jewels also fetched a whopping Rs 60 crore at the Christie's auction way back in 2010. But Modi's ambitious plan to have 100 boutique retail stores worldwide by 2025 seems to have been cut short following the allegations of one of India's biggest banking fraud.

Union Minister Ravi Shankar Prasad said that the government had seized assets worth Rs 1,300 crore belonging to Nirav Modi besides initiating revocation of his passport. A lookout notice against the Surat-born diamond jewellery designer has already been issued by the CBI.

The fraud, incidentally, is 49 times the net profit posted by PNB for quarter ending December 31, 2017 and more than twice the amount that PNB got under bank recapitalisation plan.

Billionaire jeweller Nirav Modi allegedly acquired fraudulent letters of undertaking from one of its branches for overseas credit from other Indian lenders.

The Enforcement Directorate (ED) on Thursday conducted raids on jeweller Nirav Modi's properties in Mumbai, Surat and Delhi. A case of money laundering has also been lodged against Nirav Modi and others.

In a statement issued to exchanges, Punjab National Bank on Wednesday said it has detected some fraudulent and unauthorised transactions (messages) in one of its branch in Mumbai for the benefit of a few select account holders with their apparent connivance.

PNB has suspended 10 officers over the Rs 11,400 crore scam and referred the matter to CBI for investigation. According to media reports, Nirav Modi left the country on January 1 weeks before the CBI received complaint from PNB on January 29.

His brother Nishal, a Belgian citizen, also left the country on January 1, while wife Ami, a US citizen, and business partner Mehul Choksi, the Indian promoter of Gitanjali jewellery chain, departed on January 6.

The Punjab National Bank in a letter on February 12 warned the other banks by revealing the modus operandi used by bank officials of PNB's Brady House branch.

In the letter, PNB said, "It was found through SWIFT trail that one 'junior level' branch official unauthorisedly and fraudulently issued Letter of Undertakings (LoUs) on behalf of some companies belonging to Nirav Modi Group viz. Solar Exports, Stellar Diamonds and Diamond R US for availing buyers credit from overseas branches of Indian banks."

None of the transactions were routed through the CBS system, thus avoiding early detection of fraudulent activity, it added. The bank also cautioned of a similar modus operandi used by the same branch official in companies belonging to Gitanjali Gems Ltd, promoted by Mehul Choksi viz. Gitanjali Gems, Gili India and Nakshatra while issuing LOUs.

In case of LoUs, it has been found that at the time of issuing LoUs for a smaller amount by SWIFT, the transaction was routed throuth the CBS system but subsequently, amendments were made in these LoUs by substantially enhancing the amount of LoUs and transmitted through SWIFT without routing these enhancements through CBS.

LOUs were opened in favour of overseas branches of Indian banks for import of pearls for a period of one year, for which as per RBI guidelines, the total time period allowed is 90 days from the date of shipment. Union Bank of India, Allahabad Bank and Axis Bank are said to have offered credit based on letters of undertaking (LOUs) issued by PNB.

Among those named is a deputy manager, Gokulnath Shetty, who was posted at PNBs foreign exchange department in Mumbai since March 31, 2010. He had allegedly along with another official Manoj Kharat fraudulently issued LoUs to these firms without following prescribed procedure or making entries in the banking system, avoiding detection of transactions.

When Nirav Modi companies asked for LoUs for raising buyers' credit after the retirement of the PNB employee involved in the scam, the Punjab National Bank sought 100 per cent cash margins for issuing LoUs. This was contested by the Nirav Modi firms, saying they had availed of the facility from as early as 2010.

Nirav Modi, his wife Ami, brother Nishal and Mehul Choksi are partners in Diamonds R US, Solar Exports and Stellar Diamonds, which has shops in foreign locations such as Hong Kong, Dubai, and New York.

Modi, who had figured in the Forbes list of richest Indians, moved to India in 1990. The Nirav Modi store in New York shares space with legendary brands such as Chanel, Hermes, Prada and Gucci, and the designer is known to be shelling out a whopping $1.5 million a year as rental for the store. The store launch was graced by celebrity guests such as US presidential contender Donald Trump, Hollywood actress Naomi Watts and leading model Coca Rocha. Modi even walked the Red Carpet at the Oscars alongside Kate Winslet, who was adorned in a Nirav Modi jewel. Thereafter, he has opened stores on the Old Bond Street in London, Hong Kong and Macau.

PNB fraud: Not only Nirav Modi, Gitanjali Gems has a lot to explain too