Prime Minister Narendra Modi has said the sacrifices of "our brave security personnel shall not go in vain." 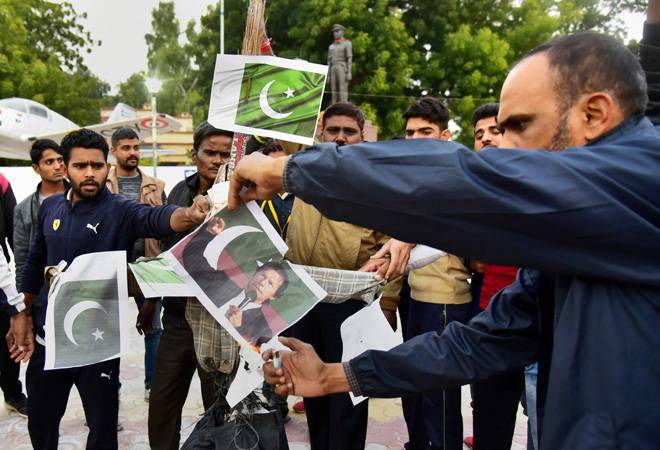 The meeting of Cabinet Committee on Security (CCS) led by Prime Minister Narendra Modi concluded on a strong note, with the Indian government withdrawing the symbolic 'Most Favoured Nation' status from Pakistan. India has also said that it would isolate Pakistan at the international level after this dastardly attack on the Indian jawans, which left 44 CRPF personnel dead.

The meeting took place at 7, Lok Kalyan Marg in New Delhi against the backdrop of deadliest Pulwama attack in Jammu & Kashmir, Prime Minister Narendra Modi has said the sacrifices of "our brave security personnel shall not go in vain." US has warned Pakistan to end immediately  the support and safe haven to all terror groups operating in its soil. However, Pakistan has strongly rejected Indian media and government's allegations of the country's link to the strike without probe.

Besides, Indian Air Force C-17 will also be flown to the attack spot to get the mortal remains of CRPF personnel killed in Phulwama terror attack.

A convoy of around 2,500 CRPF (Central Reserve Police Force) personnel was targeted by a Jaish-e-Mohammed suicide bomber, Adil Ahmad Dar. He was driving an SUV carrying around 200 kg IED explosives. The vehicle rammed into one of the buses carrying jawans, leaving several body parts strewn around the area.

Soon after the attack Prime Minister Modi, Ministry of External Affairs (MEA) and several global leaders condemned the attack.  A statement was iisued by MEA which stated, "This terror group is led by the international terrorist Masood Azhar, who has been given full freedom by the Pakistani government to operate and expand his terror infrastructure in territories under Pakistan's control and to carry out attacks in India and elsewhere with impunity."