All three of them were declared 'wanted' by the CBI in its chargesheet in the Rs 13,700 crore PNB scam 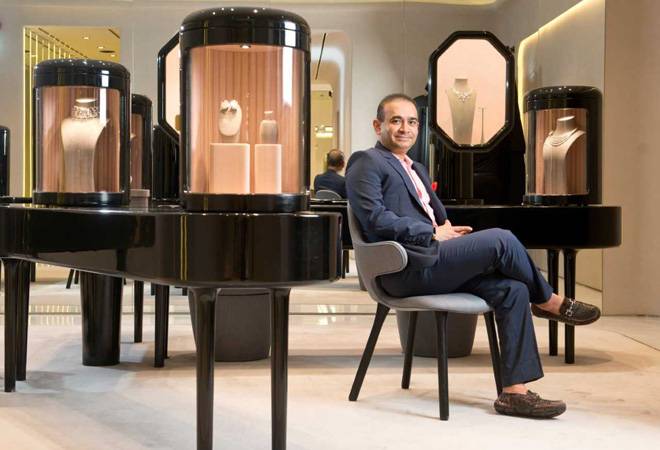 Nirav Modi was arrested in London this year and since then he's been lodged in a UK jail.

The Central Bureau of Investigation (CBI) has moved an application in the special CBI court, seeking to declare fugitive businessman Nirav Modi, his brother Neeshal Modi and a close associate Subhash Parab proclaimed offenders and to attach their properties. All three of them were declared 'wanted' by the CBI in its chargesheet in the Rs 13,700 crore PNB scam. Though the agency last year obtained warrants against them, they couldn't be executed as the accused fled India before the case was registered in February.

Nirav Modi was arrested in London this year and since then he's been lodged in a UK jail. The whereabouts of Neeshal and Parab are not known yet. If the CBI court issues the order on the CBI application, all three of them will be asked to appear in court in 30 days, failing which their properties in India will be attached.

Modi, 48, is wanted in India in connection with the Punjab National Bank (PNB) fraud. On August 22, a UK court remanded Nirav Modi in judicial custody till September 19 after he appeared before the Westminster Magistrates' Court for a routine cal-over hearing via videolink from his London prison.

Presiding over the hearing, Judge Tan Ikram told Modi that his trial dates would be confirmed at the next call-over hearing on September 19, when he will again appear via videolink. He also gave directions for the court clerk to seek confirmation of the proposed five-day extradition trial dates starting May 11, 2020. A case management hearing is likely to be held in February next year ahead of the trial.

Nirav Modi's maternal uncle and business partner Mehul Choksi is also one of the prime accused in the PNB fraud. The Enforcement Directorate had recently moved a special Prevention of Money Laundering Act (PMLA) court in India to declare Choksi a fugitive economic offender. The ED has accused the diamantaire of fleeing the country to avoid arrest.

Also read: Nirav Modi to remain in jail till Septembter 19; extradition trial likely in May 2020

Declaration of Nirav Modi as fugitive challenged on legal grounds