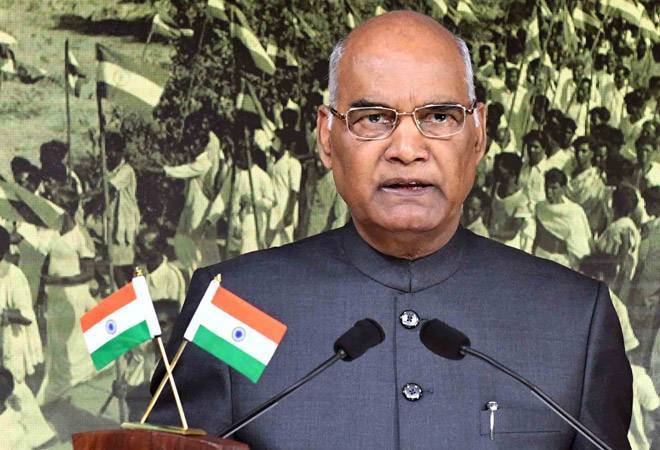 President Ram Nath Kovind on Tuesday approved the cabinet decision to impose President's Rule in Maharashtra, on the recommendation of Governor Bhagat Singh Koshyari. The development came hours before the Nationalist Congress Party's (NCP) deadline to form the government was scheduled to end.

On Monday, Maharashtra Governor Bhagat Singh Koshyari had given the NCP time till 8.30 pm on Tuesday to express its "willingness and ability" to form government. Sharad Pawar-led NCP has 54 MLAs and its ally Congress has 44. In the 288-seat House, a party or alliance has to have 145 MLAs in the Maharashtra assembly to prove majority.

Earlier, the two parties with most seats - the Bharatiya Janata Party (BJP) and the Shiv Sena - failed to stake claim to form the government as they do not have the required numbers. The BJP has only 105 MLAs in the 288-member Maharashtra assembly, while Shiv Sena has only 56 MLAs.

In a surprise move, the Union Cabinet on Tuesday recommended President's rule in Maharashtra even as top leaders from the NCP, Congress and Shiv Sena held discussions and consultations to form a coalition government in the state.

Meanwhile, Shiv Sena has filed a petition in the Supreme Court challenging the Maharashtra Governor's decision to not extend the time given to the party to prove their ability to form government. Advocate Sunil Fernandez has filed the plea on behalf of Shiv Sena. Shiv Sena, in its plea, has asked the top court to overrule the governor's letter, which rejected its request for more time to prove majority.

The Sena (56 MLAs) had sought three-day extension for submitting the letter of support, but the governor declined to accept the request, a Raj Bhavan statement had said.

Terming it an arbitrary use of power by the governor, Congress leader Abhishek Singhvi said he couldn't give 48 hours to Shiv Sena but the BJP availed "fives weeks in other states". "This is what happens when constitutional posts are used to further political motivations," he alleged.