Congress leader Rahul Gandhi also needled Modi on his election slogan asking people to make him a "chowkhidar" (watchman) and not PM and said under his nose but there was "theft" of pulses and he was not speaking a word on it. 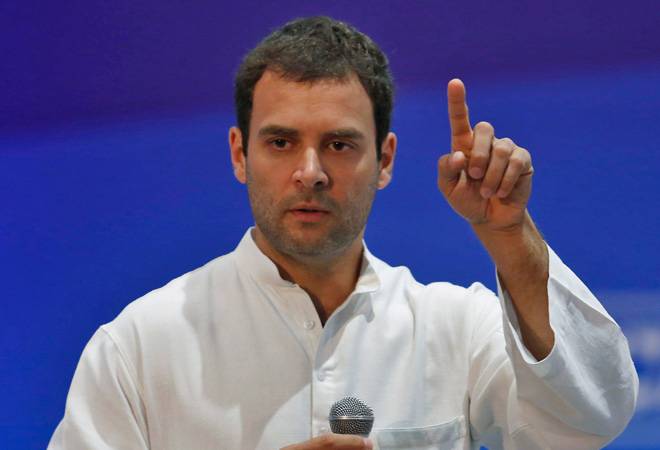 Congress leader Rahul Gandhi has managed to come out with another barb at Prime Minister Narendra Modi after the popular 'suit boot ki sarkar' and 'fair and lovely yojana' ones.

On Thursday in Lok Sabha, the Gandhi scion took a dig at the government over rising prices of pulses and referred to PM as "arhar Modi, arhar Modi".

He also needled Modi on his election slogan asking people to make him a "chowkhidar" (watchman) and not PM and said under his nose but there was "theft" of pulses and he was not speaking a word on it.

In a speech that lasted just a little over 15 minutes, Gandhi asked the prime minister to give a date by which the prices of pulses will come down.

Finance Minister Arun Jaitley, who took the floor after Gandhi to make a brief intervention in the debate on the price situation in the country, hit back saying the government had inherited double-digit inflation from the UPA government which was hit by scams and policy paralysis.

"Any form of bluster is not substitute for statistics," he told Gandhi and claimed the government has taken steps that have led to lower inflation which would come down further with good monsoon.

Rahul, in his seventh major intervention in the House during his career, said "During elections, Modiji had said 'make me a chowkidar' (watchman). Now, there is theft of dal under the very nose of the chowkidar. But the chowkidar has not uttered a word. He is mum. ... Now he has become a big person. Leave that job of chowkidari to the Congress," Gandhi said.

"You may make as many hollow promises as you want, but give us a date by when the prices of daal will come down," he said.

On April 21, 2015 in Ramlila ground in Delhi, Rahul had referred to the Modi government as 'Suit Boot ki Sarkar', taking a dig at the PM's suit that he wore during his visit to the US.

On March 2, 2016, Congress Vice-President launched a scathing attack on the Narendra Modi government, saying it launched a "Fair and Lovely Yojana' to convert black money into white money".

Speaking in the Lok Sabha, Gandhi said: "Nobody who has black money will be jailed under Modi's 'Fair and Lovely' scheme. All those who have black money can make it white under this scheme."