Railway Board Chairman Suneet Sharma said, "It is a big day for Indian Railways as well as the Indian economy. Recovery during the Covid period is astounding" 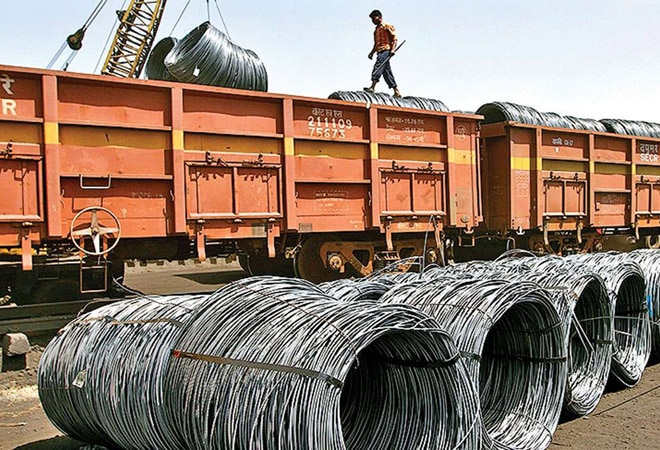 Despite taking a major hit on freight traffic in the first four months of the current financial year due to the Covid-19 pandemic, the Indian Railways has surpassed the cumulative freight loading till date this fiscal against 2019-20.

According to the Ministry of Railways, 1,145.68 million tonnes of freight loading has been achieved till date in the current financial year against 1,145.61 million tonnes in 2019-20. It may be noted that the incremental loading in the first four months of the fiscal witnessed a deficit of 70 million tonne over the same period of the previous year.

As on March 11, the loading for the month has been registered at 43.43 million tonnes, up 10 per cent from 39.33 million tonnes in the corresponding period of the previous year. 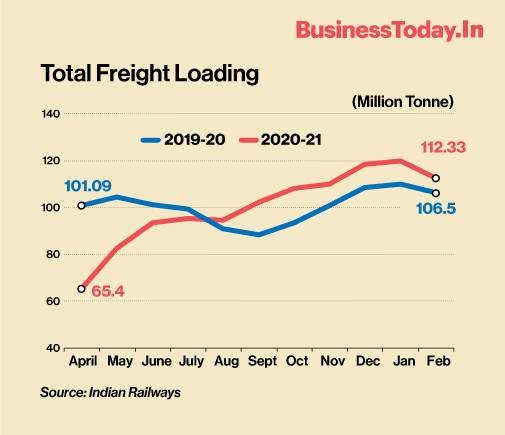 Addressing the media on the issue, Railway Board Chairman Suneet Sharma said, "It is a big day for Indian Railways as well as the Indian economy. Recovery during the Covid period is astounding. We have witnessed a continuous increase in freight traffic since the month of August. Every month the freight carriage was higher compared with the corresponding month of the previous year."

Sharma said that the railway proved that it is the engine of the Indian economy and added that incremental loading was achieved despite pandemic due to a mix of constant customer outreach as well as incentives to the businesses. "We maintained a constant interaction with our freight consumers and stakeholders. We also provided incentives in the empty flow direction, and changes were made to the peak season discount. We made the freight policies friendly. A portal for freight customers was also launched. The result is visible," he added.

Sharma said that even though coal loading was down, it was compensated with incremental loading in cement, iron ore fertiliser, automobiles and food grains. "Despite a setback to the core loading, we were able to achieve higher total loading than last year," Sharma added.