Recently, Prime Minister Narendra Modi said the government will soon take a decision on revising the minimum age of marriage for girls after it receives report from the committee set up for the same 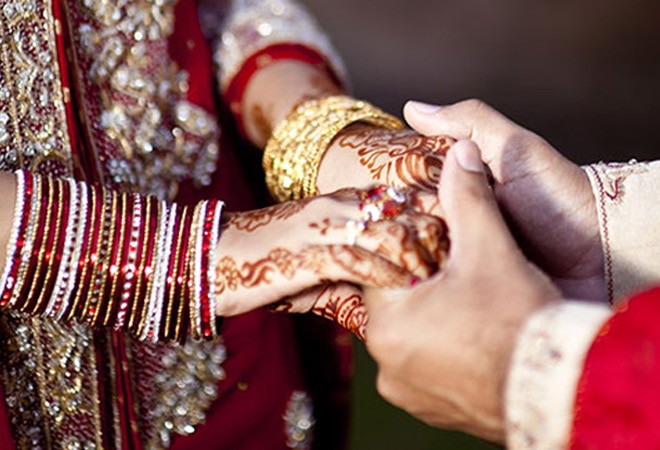 India is on the verge of raising the legal age of marriage of women from 18 years to 21 years, which will be the same as that of men. The government had changed legal age of marriage for women in 1978 when it was increased from 15 to 18 by amending the erstwhile Sharda Act of 1929. Besides, India will also join the league of handful of nations (like China, Singapore, South Africa, etc.) that have legal marriage age of 21 years. Presently, nearly 65 per cent of countries have legal marriage age of 18 years only.

According to the latest SBI Ecowrap report, this decision will have enormous social and economic benefits. It will open opportunities for women to pursue higher education and careers and become financially empowered, resulting in a more egalitarian society.

"Interestingly, the mean marriage age in India is already above 21 years (i.e. 22.3 years) and any increase in marriage age will be notional in nature. Thus it seems that we require a change in mindset of people regarding female education and marriage. Still 35 per cent of females in India are married before the age of 21 years," it said.

Among states, the situation in West Bengal is the worst with the mean marriage age being only 20.9 years and almost 47 per cent of females getting married before the age of 21 years.

"It is thus clear that even relatively advanced and progressive states are faced with a daunting task of altering the social and cultural behaviour of people which can't be achieved overnight," the report noted.

In a consultation paper of reform in family law in 2018, the Law Commission argued that "having different legal standards contributes to the stereotype that wives must be younger than their husbands". Women's rights activists too have argued that the law perpetuates the stereotype that women are more mature than men of the same age and therefore can be allowed to marry sooner. The international treaty Committee on the Elimination of Discrimination against Women (CEDAW), also calls for the abolition of laws that assume women have a different physical or intellectual rate of growth than men.

Recently, Prime Minister Narendra Modi said the government will soon take a decision on revising the minimum age of marriage for girls after it receives report from the committee set up for the same. He had also pitched for this move in his Independence Day speech. Earlier, while presenting the Union Budget 2020-21 in February 2020, India's Finance Minister had proposed setting up a task force within six months that would review the minimum age of marriage for women in the country, and study its implications on maternal health. Recently the Women and Child Development Ministry announced that this body has now been set up, signalling that a decision will be taken soon.