Vaidyanathan was closely associated with state level planning in Kerala, Karnataka and Tamil Nadu. He was actively involved in developing India's statistical system and the national sample survey 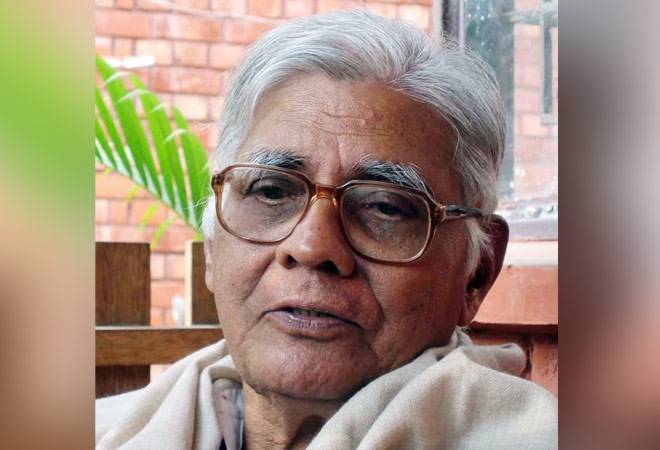 India lost a staunch advocate of data quality and an empirical analysis guru with the passing of Professor A Vaidyanathan on June 10th night.  Vaidyanathan, former Member, Planning Commission and former Professor at the Madras Institute of Development Studies and Centre for Development Studies, Trivandrum, passed away in Coimbatore. Some of the best brains in Indian economy, banking, finance, agriculture, water and cooperatives have either been his students or took him as their guru.

Most general business and economy readers may associate him with the celebrated Vaidyanathan committee set up to strengthen rural cooperative credit institutions. His attention to data and its quality, was evident during the stint. Professor M S Sriram at the Indian Institute of Management, Bangalore (IIMB), who was also part of the committee, recalls of Vaidyanathan's request to the Reserve Bank of India (RBI) to spare a statistician to do data analysis. The final report even carried an annexure with rigorous data analysis - something not common in expert committee reports.

"I first met him 50 years ago when he was chief of perspective planning division in the planning commission and I wanted to prepare a state perspective plan. He guided me as my guru and inspired me to continue to work on public policy," says Y V Reddy, the former governor of the RBI.

Reddy says, "in terms of empirical research and data quality, he was among the top in India". "I continued to draw on his guidance and even met him in Chennai last year before he moved to Coimbatore," he adds.

Calling him a "guru of all economists", Professor M S Sriram, remembers his first meeting with Vaidyanathan in 2004 when Sriram joined as a member of the Vaidyanathan committee.

"I was cautioned by many that he was a hard task master. While he was a tough teacher, he was also very good natured, considerate person. He was fun to be with too. He often shared side stories to various developments. But then, he never compromised on data".

Among the few to know him both as an academician and at a personal level is YSP Thorat, the former chairman of the National Bank of Agriculture and Rural Development (NABARD).

"He had extraordinary humility, allowing everyone to have a say. He was not dogmatic. He was always ready to debate. He understood people's suffering and the need to help. Fundamentally, he was a teacher who could inspire you," says Thorat.

His wife and former deputy governor of RBI, Usha Thorat, referring to his speech at the Madras Institute of Development Studies in 2018, says, "the most remarkable thing about Vaidyanathan was the way he thought people should study economics" .

Other than chairing the government of India's Task Force on Revival of Cooperative Credit Institutions (2004) or the Vaidyanathan committee as we know it today, he was a member of the K.N. Raj Committee on Taxation of Agricultural Income (1969-70). A student of Loyola College, Madras, Dr Vaidyanathan earned his doctoral degree in economics from Cornell University, US.

He joined the National Council of Applied Economic Research in 1956. His colleagues at NCAER at the time included the late Dr Ashok Mitra, former finance minister of West Bengal. From 1962 to 1972 Dr Vaidyanathan was a member of the perspective planning division of the Planning Commission and worked closely with Pitambar Pant, during which period he had a stint at the Food and Agricultural Organisation, Rome.

After a term at the World Bank (1972-76) he returned home to join Professor K.N. Raj as a member of the faculty of Centre for Development Studies, Thiruvananthapuram. Vaidyanathan was closely associated with state level planning in Kerala, Karnataka and Tamil Nadu. He was actively involved in developing India's statistical system and the national sample survey. His scholarly work covered agricultural policy, water management and national statistics.

Former finance minister P Chidambaram, describes Vaidyanathan "as a pillar of academic community and one who influenced the thinking of thousands of students, academics, civil servants and political leaders".

Few may know that Vaidyanathan, when he was a member of the central board of the Reserve Bank of India, survived the terrorist attack at Mumbai's Taj Mahal Hotel in November 2008.

'Mr Data' as his students used to call him, will be sorely missed.