Rahul Gandhi had a series of visitors today, including Ashok Gehlot calling on him amid rumblings of discontent in the state and his insistence on quitting 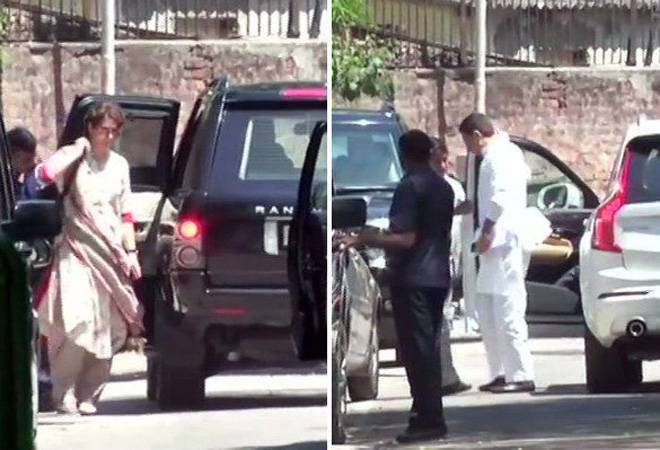 Congress chief Rahul Gandhi had a series of visitors on Tuesday with his sister Priyanka Gandhi Vadra as well as Rajasthan's ruling duo Ashok Gehlot and Sachin Pilot calling on him amid rumblings of discontent in the state and his insistence on quitting.

It is not immediately known what transpired at the meetings.

All senior leaders since Saturday have been trying to convince Rahul Gandhi to take back his resignation, but he seems to be adamant about going ahead with his decision to step down as party president.

Faced with a colossal electoral defeat, the Congress has been riven by internal turmoil. As the party grapples with a severe existential crisis, its governments in both Karnataka and Rajasthan teeter on the brink with reports suggesting the BJP may try to wrest power in both states.

The Congress drew a blank in Rajasthan as the NDA won all 25 Lok Sabha seats. In Karnataka, where it formed a government with the JD(S) in May last year, the Congress managed to win only one Lok Sabha seat out of 28.

On Monday, Rahul Gandhi cancelled all his appointments for the day and Gehlot could not meet him.

After Rahul Gandhi gave Gehlot a tongue lashing for putting his son above the party at a CWC meeting on Saturday, two days after the Lok Sabha votes were counted, several Rajasthan ministers and MLAs are demanding that accountability be fixed and action taken for the Lok Sabha poll debacle.

According to some leaders who attended the Congress Working Committee meeting, Gandhi did a lot of "plain-speaking" in his surgical analysis of the role of several party leaders while himself offering to quit as the party president.

Ticking-off Gehlot for camping in Jodhpur for his son Vaibhav's election, Gandhi said the chief minister spent days campaigning extensively for his son in Jodhpur and neglected the rest of the state.

The CWC meeting was held in the backdrop of the Congress winning just 52 Lok Sabha seats and drawing a nought in 18 states and Union Territories. Gandhi himself lost from the family bastion of Amethi in Uttar Pradesh, though he won from Wayanad in Kerala.

MCA prepares list of economic offenders; asks IB to not allow them to flee