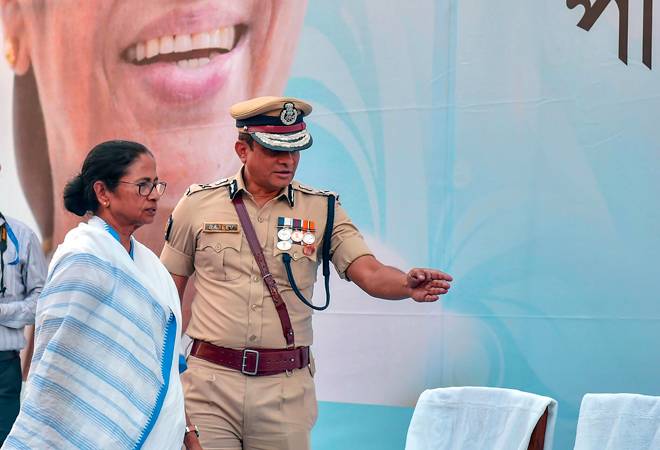 The Central Bureau of Investigation has sent summons to Kolkata Police Commissioner Rajeev Kumar in relation to the investigation in the Saradha chit fund scam. Kumar has been asked to report to the Shillong headquarters of the probe agency on February 9. The place has been selected by the Supreme Court for being a neutral venue. The CBI has already formed a team of 10 officials, include a Superintendent and Deputy Superintendent rank officials to look into the Saradha chit fund scam.

The development comes after a showdown between the central agency and West Bengal Chief Minister Mamata Banerjee on February 1 after a team of CBI officials, en route to take Kumar in custody, was apprehended by Kolkata police. Following the tussle with Kolkata police, and much political brouhaha, the CBI had approached the apex court with a contempt plea. In its judgement on Tuesday, the Supreme Court had asked Kolkata's Commissioner of Police to cooperate in the investigation and appear before the CBI at its Shillong offices.

Earlier, the CBI had alleged Kumar of tampering with the evidence in the Saradha scam and even dubbed him a potential accused in the matter. It said in an affidavit to the top court that Kumar tampered with call records related to the case, and sought permission to submit incriminating evidence in a sealed cover.

In this affidavit, the CBI stated that it was investigating "inaction", "selective action" and a "police and chit fund nexus". The probe agency went to claim the special investigation team (SIT) was used to shield chit fund firms like Saradha, Rose Valley and Tower Group. The CBI alleged that these companies gave huge contributions, including payments by cheque, to the party in power in West Bengal.